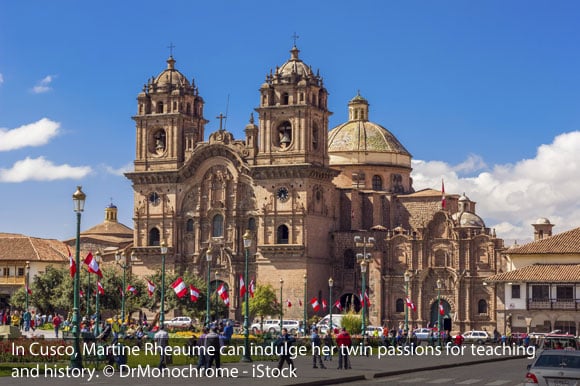 Martine Rheaume was 52 years old when she left everything behind in Boston to start a new life in Cusco, Peru, as an English teacher with no prior experience. Three years later, she has more friends than ever before, a dream job with more work than she can handle, and a renewed passion for life that only living in Latin America can give you. “I landed in Peru with only ‘mañana’ and ‘gracias,’ but six months later I was speaking Spanish and had an active social life,” she says. Originally from Montreal, Martine has traveled extensively all her life, fueled by her strong interest in ancient history. It was this that ultimately led her to Peru. 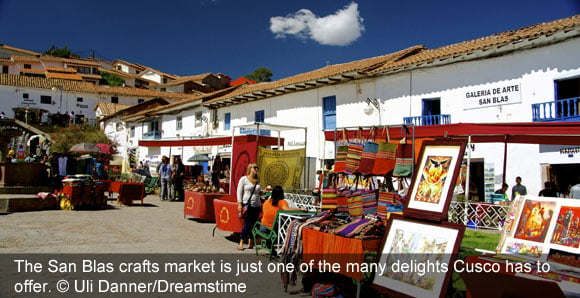 If you dream of a place where you can live a cosmopolitan lifestyle in a gorgeous setting, yet pay rock-bottom prices for everything from food to rent, Cusco—Peru’s most historic city—is unbeatable. This 500-year-old colonial gem reminds some folks of Florence, Italy, with its abundance of domed churches and ancient, pedestrian-only cobblestone streets. But it offers a quality of life and price point that is unheard-of in Europe. And the expat population is growing by leaps and bounds. “It has definitely gotten more populated recently. A lot of that has to do with the popularity of the Inca ruins of Machu Picchu and the local culture,” says Scott Englund, who has lived in Cusco for the last four years with his wife and their two daughters. 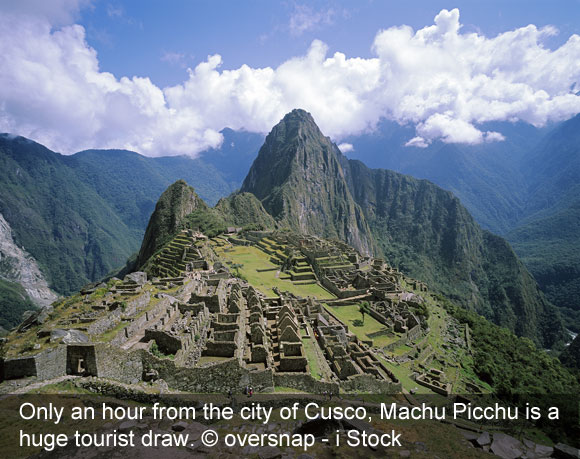 For Olley Ollerenshaw, living in Cusco’s historic artisan district of San Blas has allowed a childhood fantasy to come true. “I’ve always been interested in maps of the world, maps of all kinds. Maps are symbols of adventure as well as functional tools, and for anyone like me who grew up daydreaming about visiting exotic places, maps hold a special allure,” says Olley.