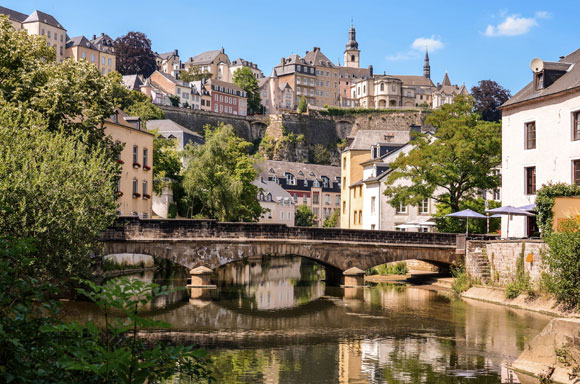 Luxembourg City is the perfect escape. But the Grand Duchy of Luxembourg is so small that most people miss the motorway turnoff and drive past it. The country is bordered by France, Germany, and Belgium. From the capital of Luxembourg City to the borders of France and Germany it’s a mere 30-minutes’ drive; to Belgium it’s only a 15-minute drive. There’s space enough, however, to squeeze in several small towns and villages, plenty of lovely countryside, and a disproportionate amount of history and beauty.