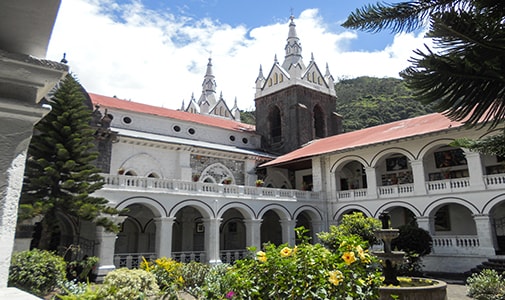 I wish that as soon as I had stepped off the plane in Cuenca, Ecuador, that someone would have handed me a PDF of things I should know immediately. I was discussing this with my friends at lunch when they started espousing their thoughts… 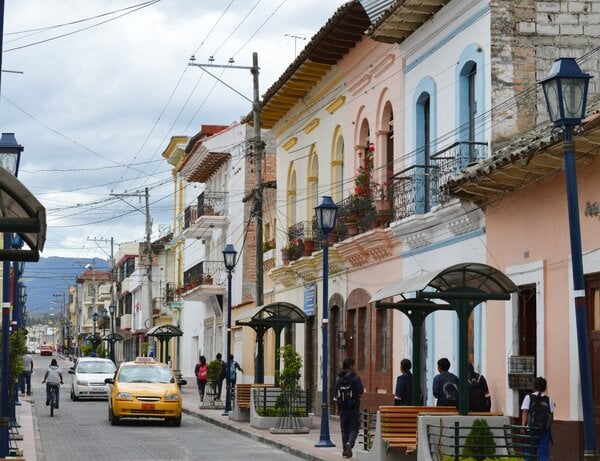 I never quite pictured my laidback friends, Judi Porter and Jackie Poehner, as staunch feminist members of the bra-burning NOW [the National Organization for Women], fighting for equal rights and marching for same-sex marriage rights. When proposition 8 passed in California which banned same-sex marriage, and Judi and Jackie were at risk of losing their teaching positions due to their sexual orientation, they pulled up their roots and headed to the suburbs of Portland, Oregon. There they lived for the next 30 years as same-sex partners, without much ado. When Jackie and Judi started contemplating living abroad for their retirement, they knew their checklist needed to include social acceptance and legal protections for those living in the LGBTQ culture. And Ecuador became a viable option. 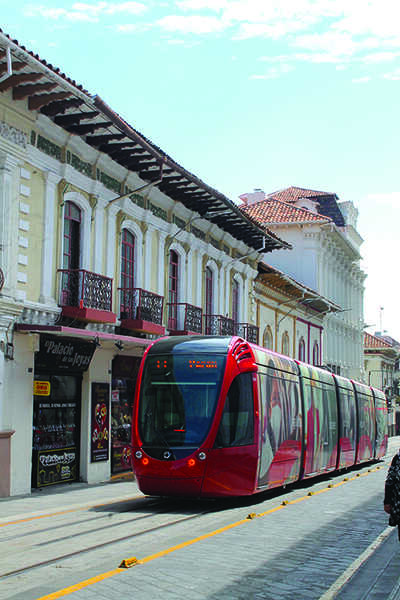 Enjoying a locally-grown coffee on my sunny terrace in Cuenca, Ecuador, with my husband Ken and our little rescue dog, Sally, I’m wondering what my family and friends are up to in England. I’m smiling because the dream of living in South America finally came true, almost 15 years after the seed was planted. 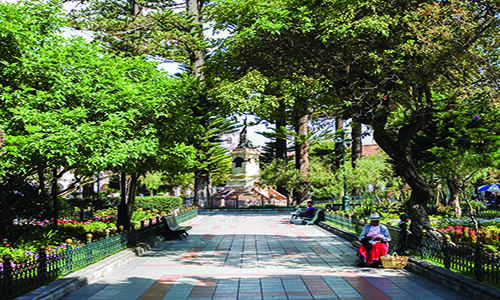 It’s typical of me that I’d end up on the wrong side of security while trying to break out of a museum. I had the perfect place in Cuenca to interview expats. The only problem was getting away from it. While I loved the grassy lawns and wooden boardwalks of the Remigió Crespo museum café, leaving it meant descending to the Tomebamba River walk, heading upriver for a block, and then ascending a lengthy set of steps to the street above. It was a bit of a hike. 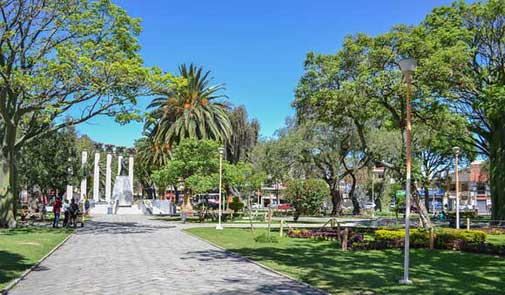 My wife, Sharon, had heard about a restaurant in Loja, Ecuador, that was a must-try. This happens from time to time. To be fair, it doesn’t always turn out badly. So off we go in the back of a cab to a less than savory part of town to get a taste of the food in this part of the world. I am a bit wary, but game. I have been on a number of these expeditions before and have, for the most part, not regretted it. 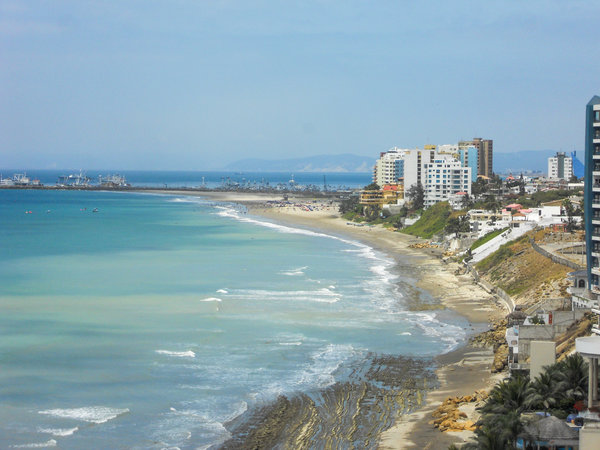 Back in February, the sound of sirens blaring broke the calm of a normal working day here in Manta. I wondered what all the noise was about since the sirens seemed more like a parade than an emergency. It didn’t take long to find out; the president of Ecuador, Lenín Moreno, had come to town. He went through the city and headed out to the airport on the east side of Manta, by the sea. 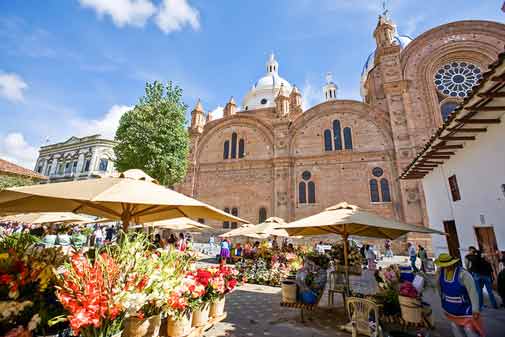 I live like a queen. I live off my social security, on $1,800 a month. That budget includes having a maid and gardener and going out to lunch or dinner once a week. I don’t need A/C or heat. When it’s hot, I open a window. When it’s cool, I shut the window. If there’s an extra cold night, I light up my fireplace and drink a glass of wine while warming my feet. I buy three tanks of propane for $2.50 each to fire up my stove, water heater, and dryer which lasts me around a month. So, I save around $290 a month on electricity alone compared to what I spent back in the U.S. 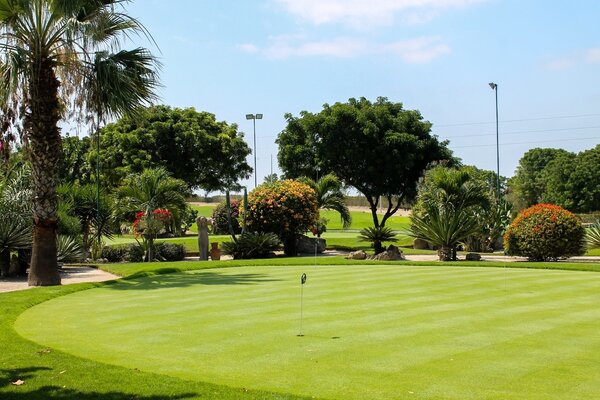 When I was a kid, I spent hours playing softball with my cousins, batting the Swiss-cheese-yellow plastic ball between us. My grandmother, “Big Mama,” deemed it safer than arming us rowdier kids with hard balls. 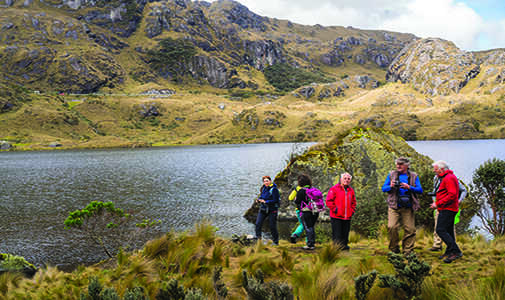 Since I’ve retired in Cuenca, Ecuador, it takes someone with a cow prod to get me out of bed before 9 a.m. But something that will get me up early is one of Fredy Ordonez’s hikes through the countryside of Ecuador. Today we’re hiking through the hillsides of Huacarrumi to Uzhupud, small villages which promise beautiful views of the valleys and the rivers near the town of Paute. 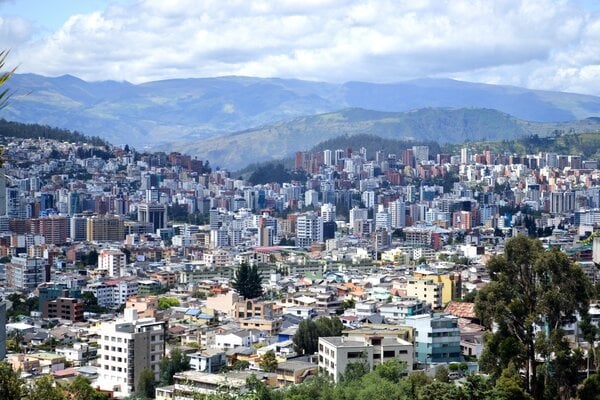 If you follow Ecuadorian Facebook groups like I do, you’ll see that there’s a question just about every potential expat asks at some point; which area should I live in? The simplest answer for most of us comes down to what we’re looking for.