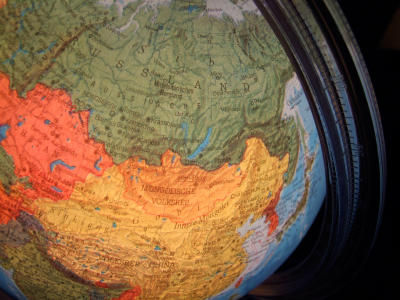 For the last 50 years, Americans have lived in sunshine. In 1989, our last rival—the communist Soviet Union—decided it was better to join us than to fight us; it decided that it would henceforth neither be communist, nor Soviet, nor a union. Instead, Russia cut its tax rate to 13%, and unleashed its capitalists. China, too, decided to take the capitalist road. Together they, along with dozens of others, threw off the yoke of central planning, bulled their way into the modern, globalized economy, and began eating our lunch.

All of this happened during the daylight hours.

America emerged into the sunlight as the world’s leading economic power when it still had a young population, huge reserves of energy, plenty of food, the latest technology, high savings rates, and a gold-backed dollar that everyone wanted. Its people were thrifty and hard-working, expecting no special favors from their government.

Almost every detail of that description has turned to face the other way. The young people have grown up. The Texas oil fields have been pumped out; the country has gone from the largest exporter of energy to the largest importer. In fact, the U.S. uses so much energy that it is now burning its corn for fuel; the country now counts on other economies for its daily bread. As for technology, it has plenty, but its factories are aging along with its workforce. And who’s going to build new steel mills and new manufacturing plants in America, when everyone knows you can build them cheaper and faster overseas?

We don’t know whether or not the sun is setting on the U.S., but it certainly seems to be dawning on the far side of the globe. One hundred years ago, America had all the advantages; now it’s the emerging markets that have them. We look back and see the Chinese, the Russians, even the Indians gaining on us. Inflation-adjusted, hourly wages have been flat in America for the last three decades. In China, India, Brazil, and Russia they’re growing at about 10% per year. Emerging market stock prices are growing fast, too. Though they were hit hard since last October, they’re still way above the levels of even 12 months ago. Wall Street, by contrast, has gone nowhere for a decade. And over that last 10-year period, GDP growth rates in these four emerging markets have averaged about three times those of the U.S. Emerging markets may not all have modern democracies, but they have what counts—high savings rates, big wads of cash, the latest technology, young workers, low labor rates, cheap government, and low taxes. Some—Brazil and Russia—also have abundant energy, water, and farmland.

For all we know, America will be the surprise success story of the 21st century. Still, a prudent investor might want to put some money in these emerging markets—just in case. Our old friend Jim Rogers, for example, believes so strongly that China is the wave of the future, not only has he put his money in China, he also hired a Chinese nanny so his daughter would speak fluent Mandarin. (More on China in an upcoming issue…) Elsewhere in this magazine, colleague Manraaj Singh makes the case for Vietnam. And our colleague in Mumbai, Ajit Dayal, believes his India stocks will go up 20% per year for the next 10 years, multiplying your investment by 600%. (More on India in these pages soon, too.)

Still, here at International Living we think we’ve found the surest, safest way to benefit from this new turn in global economics. “While foreign investors have caught on to emerging stocks, few have taken the leap into emerging market property,” writes our old friend Marc Faber. “There’s still a huge upside potential,” he says.

And if we had to imagine an ideal investment in emerging market property, it would be this: a cheap, beautiful beachfront in a fast-growing economy. In the best case, we would make a substantial financial return, as the local economy improved and other foreign buyers were attracted. In the worst case, we would have a nice piece of property that we could enjoy ourselves. What does that bring to mind? International Living’s latest discovery—on the northeast coast of Brazil, near Fortaleza—see Ronan McMahon’s article on the amazing beachfront deals he recently found here.