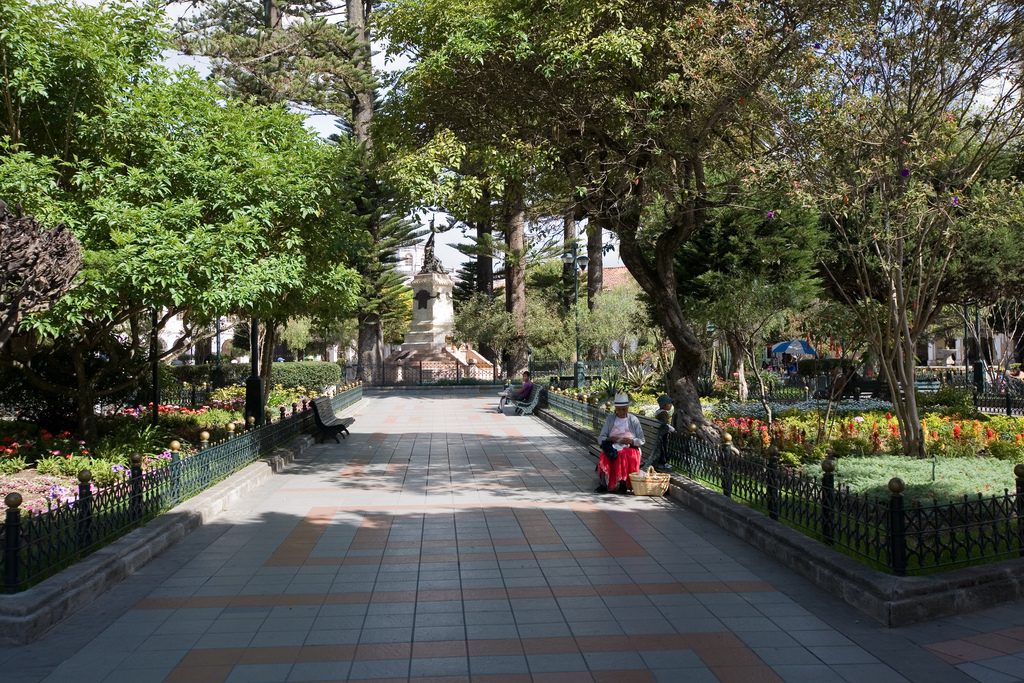 A new domestic airline for Cuenca

Another Domestic Airline for Ecuador

A group of entrepreneurs has announced that it has leased a former Air France 737-500 and plans to launch the services of Air Cuenca this summer. Plans are to initially operate two daily flights from Cuenca to Quito, with one daily flight to Guayaquil. There are also plans to add one or two more 737-500s by the end of 2010 to add more flights to these routes as well as to launch new services from Quito to Loja and Santa Rosa. Air Cuenca will be the first airline in Ecuador based in Cuenca.

Backdoor to an EU Passport

In 1956, the U.S. and the Netherlands signed a Treaty of Friendship, giving citizens and businesses in each country reciprocal rights in both countries. Some of the treaty’s provisions no longer apply to the Netherlands itself, but they still apply to the Dutch territories.

European Dutch citizens may stay for six months at a time in the Dutch Caribbean territories without applying for a residence permit. The court declared that U.S. citizens ought to have the same entitlement. This is an important development if you’re a U.S. citizen interested in acquiring residence in the Dutch territories, potentially leading to your eligibility to apply for a Dutch passport…

Based on this court decision, your application for residence in the Dutch Caribbean territories must be treated the same way one from a European Dutch applicant would be treated, with the same rights to appeal an adverse decision. After five years of continuous legal residence, good conduct and integration into the community, you’re eligible to apply for a Dutch passport. (Continuous legal residence means just that—you must actually live several months each year in your selected territory.)  With a Dutch passport, you have visa-free access to more than 150 countries. You can also live or work anywhere in the EU. For more information, contact The Nestmann Group Ltd. by e-mail at: [email protected].

From July 2 to Aug. 23, American Airlines is adding four additional flights per week between Miami and Buenos Aires to meet seasonal demand. American Airlines will fly its 247-seat, three-class Boeing 777-200 aircraft on this route and says it is adding these flights because of increased interest in Argentina from both tourists and business travelers.

Where You Can Live Longer

Life expectancy has increased in Mexico an average of 14.8 years since 1970, thanks to improved health care, says the National Population Council (CONAPO). Life expectancy in Mexico for women is now 77.8 years and for men it’s 73.1 years. A recently released study by Costa Rica’s National Statistics and Census Institute (INEC) shows that the average life span in Costa Rica is now 79.3 years, the highest level of life expectancy ever recorded in that country. Internationally, Costa Rica (#30) ranks ahead of the U.S. (#34) in life expectancy and behind Canada (#11). Japan (#1), Hong Kong (#2) and Iceland (#3) earned the top spots.

Nicaragua is Cruising for More Tourists

Nicaragua tourism officials say they will invest in new infrastructure projects to attract more cruise ships, including a pier in San Juan del Sur with restaurants, souvenir stores and other “attractions.” Officials say they are negotiating with the Florida-Caribbean Cruise Association on a deal that will represent “a substantial increase in the number of visitors entering Nicaragua by sea.” Nicaragua currently attracts about 60 cruises between October and May, a 62% increase from 2007. It hopes to bump that number to 100 in the next two years. In addition to San Juan del Sur, the port of Corinto is scheduled for a cruise upgrade.

Don’t put blind faith in global search comparison sites. They rarely include listings for low-cost carriers. For example, IL staff writer Steenie Harvey visited Malaysia and the Philippines in early 2010. She took 10 internal flights—but only one was on a national carrier. The other nine flights were with budget airlines Air Asia (www.airasia.com) and Cebu Pacific (www.cebupacificair.com). Including taxes and baggage charges, she paid $427 for the 10 flights. Best value was an Air Asia flight from Kuala Lumpur (Malaysia’s capital) to Kuching in the state of Sarawak on the island of Borneo—a distance of 607 miles for $32.13. Air Asia is particularly useful, as it has numerous routes across the Southeast Asia region and even flies to Australia.

The Top 10 Airports in the World

The World Airport Awards were based on 9.8 million completed surveys conducted by Skytrax between July 2009 and March 2010. For more information, see: www.worldairportawards.com/main/Press-APT2010.htm

On the historic Camino de Cruces, the conquistadores founded the tiny town of Penonome. It seems nothing more than a few heavy benches around a colonial-era plaza. But Penonome is more than it seems at first glance. It has produced some of Panama’s most important politicians and serves as a business and banking center for many of Panama’s big-time farmers and ranchers.

Penonome’s Posada Ecologica del Cerro La Vieja (formerly Trinidad Spa & Lodge) is also doing its part to encourage eco-friendly initiatives here. Surrounded by lush green plant life and delicate orchids, the inn boasts an “eco-spa.” Here, a meso-thermal “blue well” provides water rich in minerals like copper, manganese, potassium and iron. The minerals are said to be beneficial to the skin and are incorporated into soaks and spa treatments.

The inn owners encourage visitors to take in the natural settings and learn about their conservation efforts. Activities include indoor and outdoor exercise and yoga sessions, horseback riding, fishing, hiking and bird watching. The travel desk will even organize excursions to the nearby petroglyphs and waterfalls.

An hour and a half by car from the hot-blooded metropolis that is Panama City exists a serene valley that feels a world away.

Ringed by mountains carpeted in jungle green, El Valle de Anton is one of the world’s largest crater towns. Imagine a deep bowl carved out of fertile earth, kept cool in the shade of the peaks and tropical forest growth that encircle it. Here Panama’s elite come to retire, buy weekend homes, install heated pools and breathe sighs of relief. No city lights and honking horns here…just starry skies and silent slumber.

Settled by Chocoe tribes and later cultivated by farmers, El Valle is clearly a Mecca for gardeners and outdoor enthusiasts. Driving down serpentine curves that lead into the town, you see a view that is misty and vague: enigmatic. Then, suddenly, the flower-festooned valley opens up before you like a pop-up book on nature.

Here you can attend one of Panama’s most famous markets or see the golden frog that epitomizes the area’s bio-diversity. And the rana dorada isn’t the only specimen worth seeing… Spot the spotted woodcreeper, chase the elusive flower of the holy spirit, wrap your arms around square-trunked trees, or stand puzzled before petroglyphs yet to be deciphered.

Stay at Anton Valley from $55 a night. See: www.antonvalleyhotel.com.