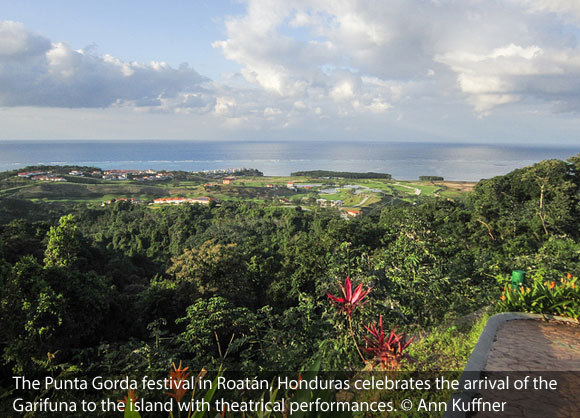 In Western Australia, April marks the return of the majestic whale sharks to Nimbaloo Marine Park. This is a perfect time of year to snorkel with these gentle giants— the largest fish in the ocean. If behemoths of the deep aren’t your thing, there’s plenty more for you to do at the Surfer’s Paradise Festival, on the country’s Gold Coast April 3–18. You’ll find a wide array of food, street performers, art, music, and other entertainment to cater to all tastes… and all of it free of charge. April also rings in the Buddhist New Year. In Malaysia this is marked by the Songkran Festival (April 12–14), which also serves to celebrate the country’s Siamese community. Rivers and beaches in the state of Kedah are ornamented with sand temples, called stupas, which are then washed away by the tide. 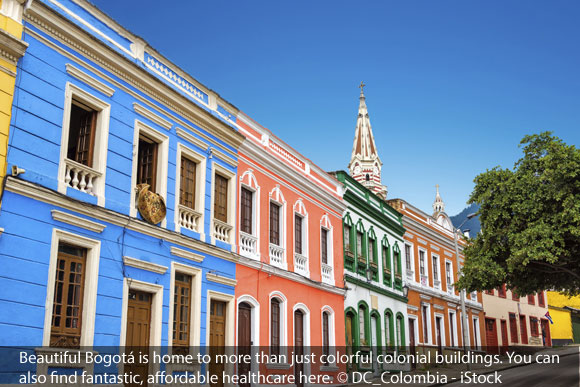 Some things are the same no matter where you go. And whether you stay home or go overseas, healthcare is an important concern. The main difference—as you’ll discover on page 18—is the affordable array of healthcare options available to you when you leave North America. This month, we take a look at the five best retirement havens for healthcare. While you’ll find good healthcare available in many of the places we talk about, the five we have selected really stand out for affordability and quality of service. In all of these countries you’ll find world-class hospitals, English-speaking doctors, and all the medications you’ll need…and at a fraction of the price in the U.S. Turn to page 18 to find out more. 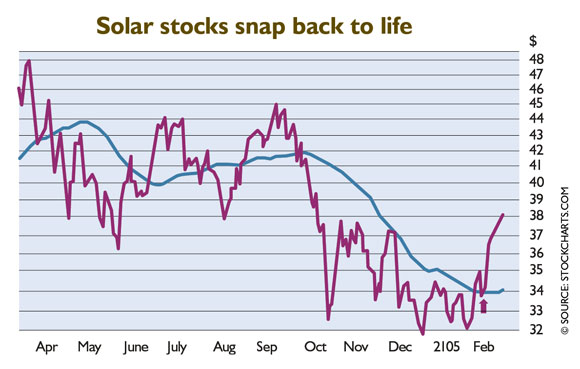 At the beginning of 2015, the crazy market barber was chasing down every solar stock in town with a pair of shears. But against all odds (and the charts) solar stocks are quickly re-growing these days—and setting up a hell of a trading opportunity for you, too. And you’re looking at a 20% gain in just a few months if you have the stones to pull the trigger today. I backed off solar at the beginning of 2015 because every finance article that wasn’t about the oil crash was about solar power. But in February, solar started looking a little less awful. It started slinking higher, while the major averages had a brownout. That was our clue that something big was brewing. The Guggenheim Solar ETF (NYSE:TAN) is now up 20% since bottoming out in January. That’s a new bull market, baby! 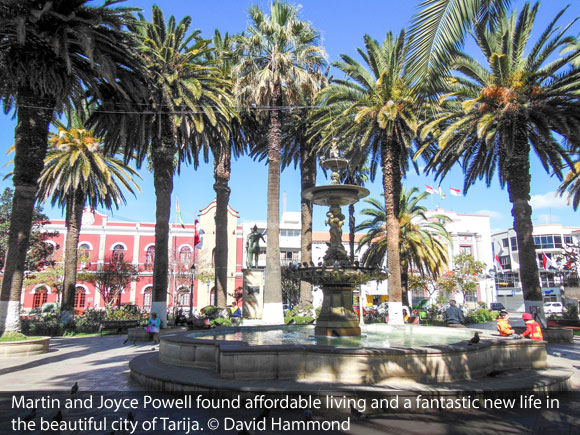 Nestled in an Andean valley at 6,000 feet, the Bolivian city of Tarija is truly one of South America’s great undiscovered gems. You’ll find colonial architecture, a near-perfect Mediterranean climate, and vineyards outside town stretching to the horizon. It’s also one of the most affordable cities in the Americas: you can live a comfortable retirement in a centrally-located apartment for $1,200 a month, including rent, enjoy a delicious three-course meal for as little as $4, or visit one of its many medical facilities from $20. Tarija is home to 235,000 people, among them a small community of around 250 expats— mostly from Europe, North America, and New Zealand. 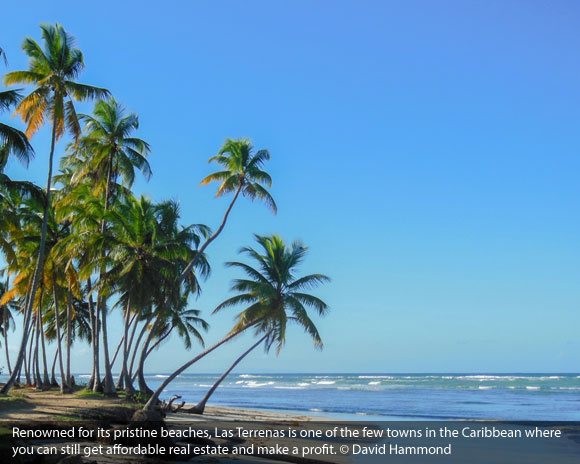 With stress-melting coral-sand beaches, warm tropical seas, an eclectic mix of welcoming locals and friendly expats, and international dining, the Dominican Republic epitomizes the laidback, sun-kissed lifestyle the Caribbean is known for. And you don’t have to be rich to buy a home here. I explored two up-and-coming beach towns, Cabarete and Las Terrenas, which offer exceptional Caribbean island value; you’ll find newer condos starting at $100,000, sometimes even less. Even better, many properties on these sumptuous stretches of coast will cover all your ownership costs and could even make you a profit. This is among the very few places left in the Caribbean where you can buy affordable, quality properties and take advantage of a robust rental market. 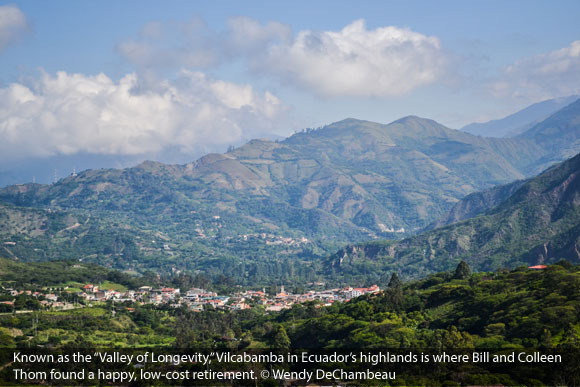 When Bob and Irma Caragol started looking for their new retirement home, they knew what they wanted. “We were looking for a warm climate at a high elevation, enough land for a garden with a good water source, a safe way to diversify our assets, and an affordable cost of living,” recalls Bob. They found all this and more in Santa Fe, Panama. “We are so impressed by the people of Santa Fe,” Bob says. “They are so friendly and helpful and we feel welcome here. There’s no sense of class distinction as in other places, and almost no crime. The environment is unspoiled, with clean rivers and no pollution.” 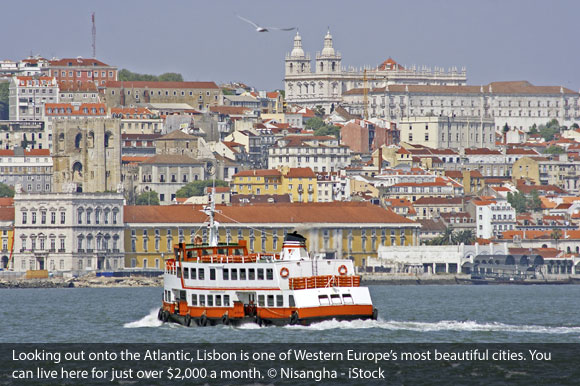 Lisbon’s faded grace is utterly enchanting. In the old city’s steep, narrow streets, once-grand buildings display worn facades, battered shutters, and laundry hanging from the balcony. Tailors and cobblers ply their services from tiny, bedraggled shops, while the baked-sugar smell of custard and caramel wafts out the doors of ancient pastelarias. And up every steeply sloping street in this hilly city, it seems, labors a groaning trolley car, while far below glitters the River Tejo. 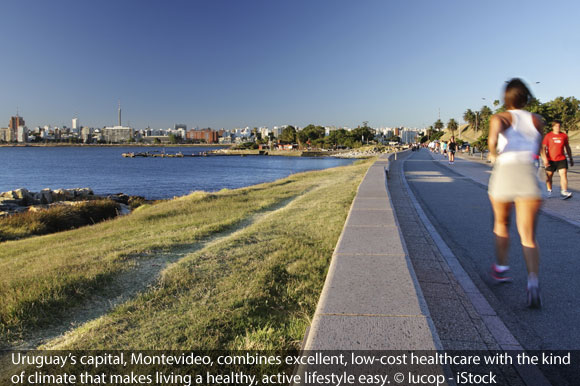 Spiraling healthcare and insurance costs are a thing of the past for thousands of North Americans who have found their dream retirement haven abroad. If you’re still mulling your overseas options, then the availability of quality and affordable healthcare is likely a primary concern. Over the next few pages, we explore five countries hand-picked by our expat experts for the exceptionally high quality of their healthcare. All five destinations have become expat hubs, and the North Americans who now call them home—including our correspondents—can attest to the high level of care they’ve received there. 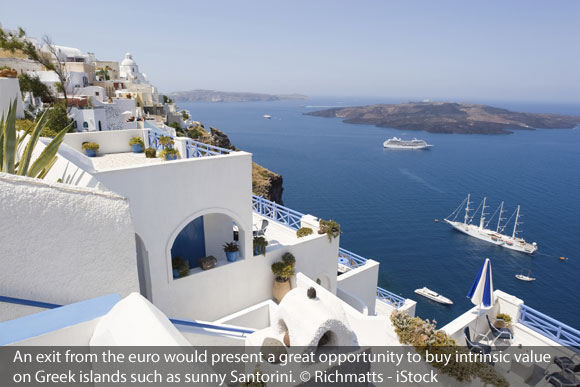 In the early and mid-2000s, Europe’s real estate markets embarked on a massive tear. People re-financed, often to buy a vacation home or make a speculative investment in Europe’s sunnier locales. Values rose and rose…until everything stopped. The market imploded and real estate owners found themselves deeply under water. By 2009, with a few exceptions, Europe’s real estate markets had halted. Transactions simply stopped. The gulf between sellers’ expectations and what buyers were willing to pay was so great that there was nowhere for them to meet. Now markets are moving again. And in four countries in particular—Ireland, Portugal, Greece and Spain—I see opportunity today. An added plus is the current strength of the U.S. dollar. At time of writing, your U.S. dollar buys you 24% more euros than it did in March 2014. Now, I’m not a currency guy, and I’m certainly not making a call on future euro-dollar exchange rates, but it makes European opportunities all the more attractive right now. 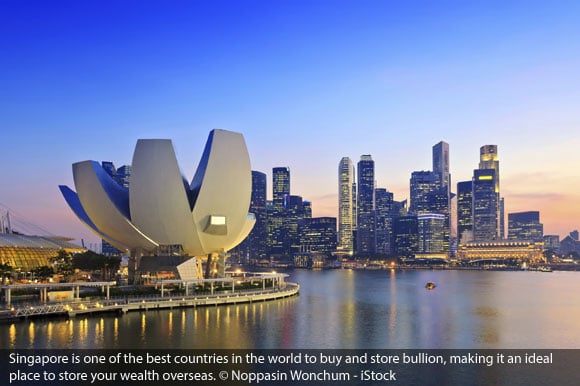 Back in November 2013, the International Monetary Fund (IMF) floated the idea of a “one-off wealth tax” to help pay off the debts of heavily-indebted developed countries, like the U.S., Japan, and much of Europe. Such a tax had been used earlier that year in Cyprus. It wasn’t just the IMF, either: The European Union, the German Bundesbank, and the Bank of England had all been dropping hints that a wealth tax could be coming soon. Ideally (for government, anyway), a “wealth tax” would be imposed on households’ net worth —including their shareholdings and fixed assets such as real estate—but this would pose difficult logistical and enforcement problems. So the most likely scenario is a levy on bank balances, as in Cyprus. Banks would simply be instructed to deduct a certain percentage of the balance—say, 10%—of each savings, checking, or deposit account and transfer it to the government or central bank.