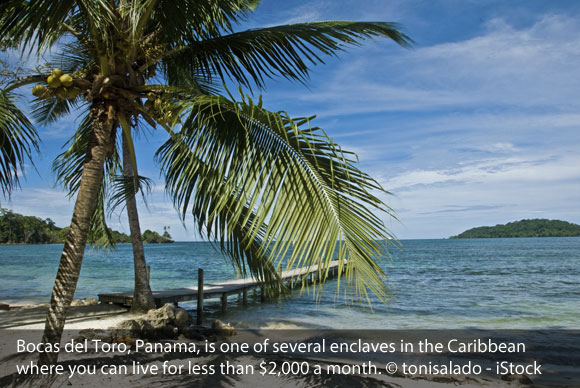 "I love the greens and blues,” says Washington native Deb Crofutt of her new life on a tropical island. “I love the smiles on the faces of everyone I make eye contact with. I like being away from the hustle and bustle of home and the pressure to own ‘things.’ I spent so many years working in the corporate world just to have stuff. This is a simpler, better life.” Imagine the feel of the warm sun on your shoulders as you walk along a pristine white sand beach stretching to the horizon, fringed by palm fronds and the sumptuous blue ocean. 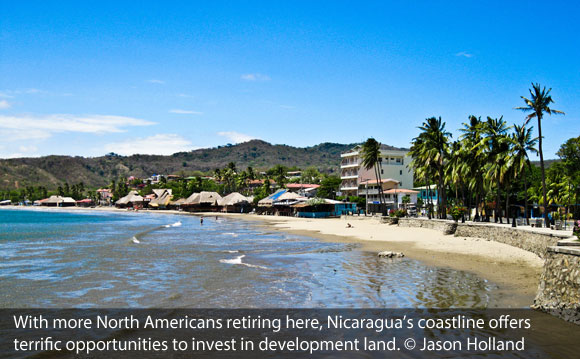 For more than 11 years I’ve traveled all over Latin America. From the U.S.-Mexican border all the way to Argentina, I see firsthand the opportunities this vast land has to offer. I’ve never seen a better time to invest in development land in Latin America than right now. The biggest returns in development come to the earliest speculators who take positions. You don’t need deep pockets to invest in development land—if you know how to do it. Nicaragua, for example, is a country of stunning natural beauty and abundant resources. It has a young population and its economy is catching up from a very low base. It has great potential as a retirement and vacation locale for North Americans. In the early 2000s, money and people raced in. Many didn’t have the skills or the experience to develop real estate. 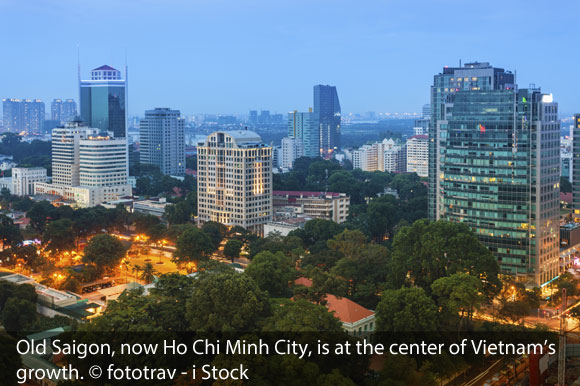 Seven years ago, I sat in a sparkling high-rise in the middle of downtown Ho Chi Minh City, Vietnam, waiting to meet with the managing director and chief investment executive of VinaCapital, Andy Ho. From the window on the 17th floor, you could look out and see huge infrastructure and commercial real estate projects all over the city. “Have you ever been to Shanghai?” Andy asked. “We, too, are building a whole new city. When you come back in five years, you won’t recognize this place.” He was right. Consider the Bitexco Tower, the crowning glory of the Ho Chi Minh City skyline. It rises 68 stories and has a stunning observation deck cantilevered off the 49th floor. When I was looking out Andy’s window in VinaCapital’s Sun Wah Tower, it wasn’t there. 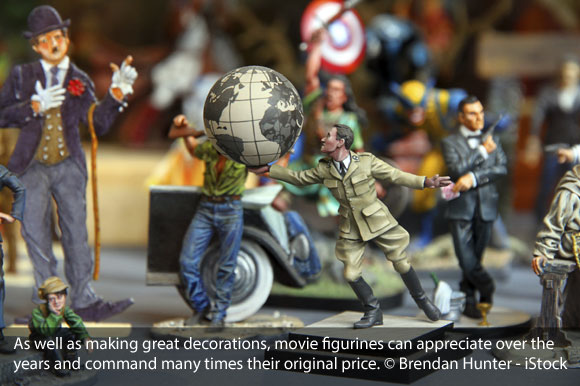 Movie memorabilia has long fascinated fans, and there’s a ready market for film-related items that can see their value skyrocket as the years pass by. This makes them tempting investments—and you don’t have to be rich to get in on this market, either. If the guys in the Props Departments at MGM could have foreseen what their rubber, plastic, and glued cardboard creations would eventually be worth, I’m certain they’d have kept them all themselves. These imaginative inventors designed and crafted the stuff that dreams are made of: sentimental artworks that now appeal to serious investors as much for their nostalgia value as for the excitement generated in owning a one-off appreciating asset. 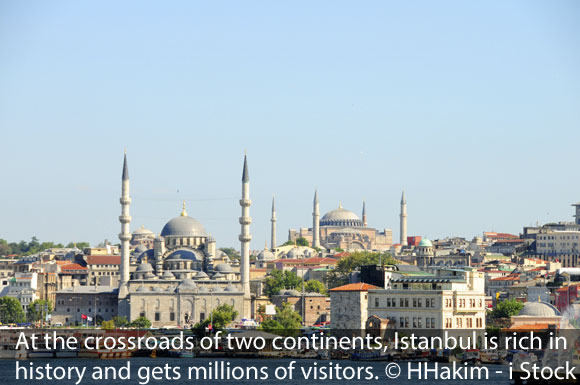 Lying at the meeting point of Europe and Asia, the Turkish city of Istanbul has been attracting people in search of their fortune for centuries. Its markets and steep cobbled lanes have played host to traders since the Greeks first founded Byzantium on the site. A few name changes and a lot of history later, and now it’s one of the world’s most visited cities. Folks come from all over to explore millennia-old places of worship, and walk the spice-scented bazaars in search of an exotic handcrafted bargain. 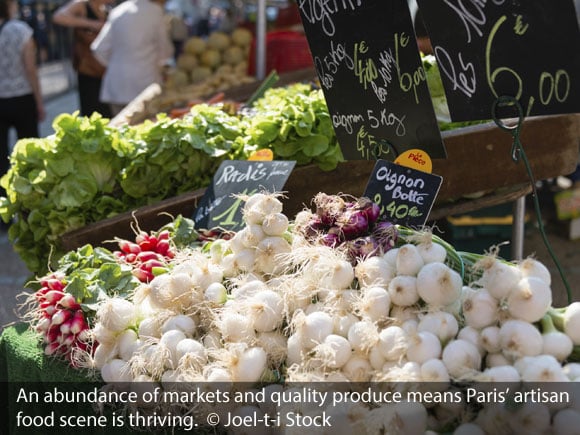 Paris has always attracted artists. It’s also justly famous for its food and markets. While it was her artist’s heart that brought Los Angeles-native Terresa Murphy to the City of Light, it was food that unlocked the funds to living there full-time. Back in the 1980’s, Terresa says, “I came with my guitar; I played for money in the metro to begin with, then in cafés. Then in the ‘90’s, after much back-and-forth between Paris and the States, I got a job at the city’s International Cinematography Festival through a friend.” But it was food that really drew Terresa’s attention. “I fell in love with French food culture, particularly the artisan approach to both ingredients and cooking. It wasn’t considered artisan at the time,” she says. “It was just the norm.” 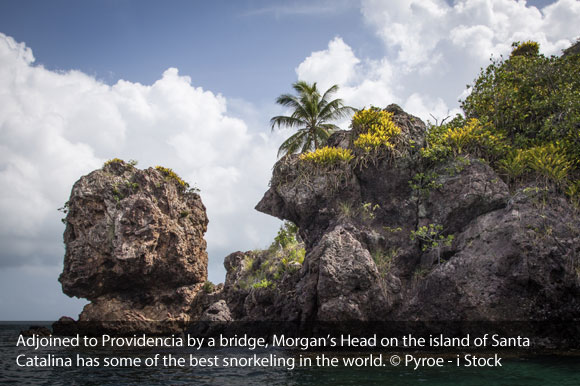 I’m standing on a floating footbridge over a piratedug canal once used as a secret ship hideaway. To my right lies the tiny island of Santa Catalina, birthed when the creation of Canal Aury separated it from the main island, where centuries-old cannons still stand watch atop a high bluff. To my left is the sleepy town of Santa Isabel, administrative center of Isla Providencia. Other Caribbean islands may be soaked in pirate lore, but Providencia is drenched in it. More than one buccaneer made this his base, perhaps the most notorious of whom was Captain Henry Morgan. Today he is most famous for the rum that bears his name, but in his time Captain Morgan made a name for himself by attacking Spanish strongholds. 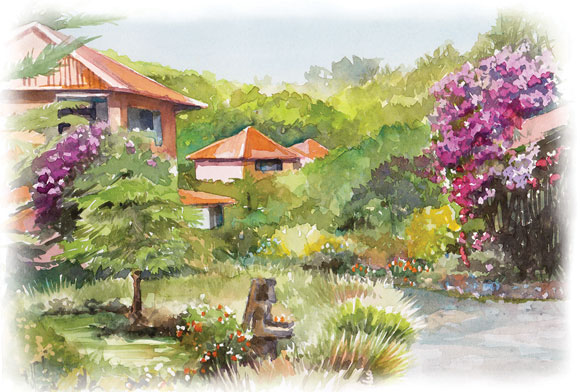 Panama is a small country that packs in a lot. From the vibrant social scene of Panama City—with its multitude of bars and fine dining at affordable costs—to the peaceful mountain serenity of Chiriquí province and the tropical paradise of Bocas del Toro, this retirement haven can cater to any lifestyle and budget. As if Panama’s low cost of living weren’t enough of an incentive to move here, the country’s comprehensive pensionado program enables you to get discounts on just about everything, from restaurants to entertainment to health care. 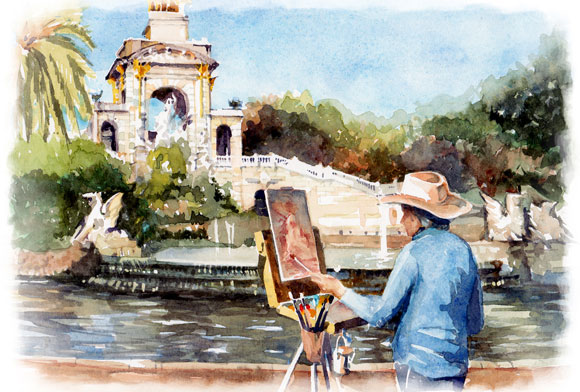 A populace that appreciates art, a local government that supports artistic endeavors, and a network of galleries to show your work…these are key ingredients for artists choosing a place to live. Surroundings that inspire creativity, whether through architecture, natural beauty, or indigenous influences, are also important. Finally, affordable accommodation and studio space are vital as well. A place where you can live well on a little income and concentrate on your work. Fortunately, even as artists get priced out of metropolises like New York City and Paris, other cities have stepped in. These havens can be found around the world. And even if you’re not a painter or sculptor, these cities are great for those who love and appreciate art…not to mention perfect places to sample new styles and snap up unusual pieces at bargain prices. 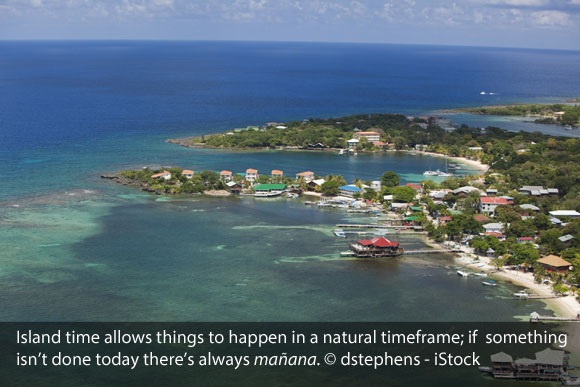 It took me a while to shake the stress-inducing habits of home. On Roatán, expats and locals alike operate on island time. Island time is a state of mind, something caused by the timeless nature of the ocean all around, and it’s taught me to ask “what’s the rush?” I’ve learned the value of living in the present. Why worry about something that hasn’t yet happened when there are so many wonderful things happening right now?