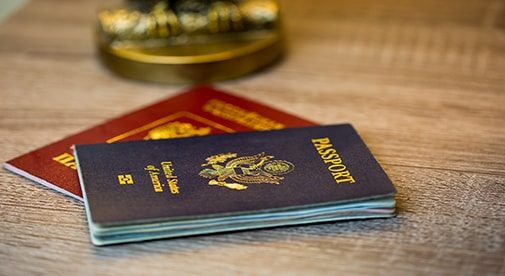 When the relationship between citizen and state is strained, a second option is invaluable. ©Dreamstime.com/Anton Shelepov

The UN High Commission on Refugees estimates that today there are nearly 25.4 million refugees, over half of whom are under the age of 18, and 3.1 million asylum seekers, including an estimated 10 million stateless people who have been denied a nationality.

These many millions of people are seeking a new home in a new country— they desperately want to change or acquire citizenship.

Few of us ever bother to consider what “citizenship” means, but our need to understand its importance is greater in these times of political upheaval caused by massive emigration and immigration.

The concept of citizenship began with the ancient Greeks, who regarded it as forming the basis of civilized life by defining a person’s relationship to their country. While most take it for granted, citizenship is important because it governs the legal relationship between you and the sovereign nation where you live under laws that confer your rights and duties.

More than 2,000 years ago, Aristotle noted the two principal methods of acquiring citizenship, then and now. Citizenship is conferred by birth within a country, or it flows from the nationality of one or both parents. It can also result from a formal process called naturalization.

The possibility of loss of citizenship is not confined to the past, nor to countries run by dictators.

Loss of citizenship is not confined to the past.

You may not be in any of these situations, but it’s a good idea to be aware of them. To recap: citizenship defines the legal relationship between you and the sovereign nation where you live. That relationship can change, and not always for the better. One excellent way to protect yourself from having your citizenship revoked and becoming stateless is to obtain a second passport. I am often asked about dual nationality. How can a person be a citizen of two different nations? How can they legally use two nations’ passports?

There are more ways than you might think to get hold of this ultimate protection from the whims of your government. (And I explain them all in The Passport Book.) For example, many countries, such as Ireland and Poland, grant citizenship to descendants of former citizens, so you may have a claim based on the citizenship of your parents or grandparents.

Once you have achieved dual nationality— that is, you’re a legally recognized citizen of two sovereign nations—it’s twice as hard to be rendered stateless.

Editor’s Note: The Passport Book, Bob Bauman’s definitive guide to obtaining and holding a second passport, is available to order now at IntLiving.com/Passportbook.