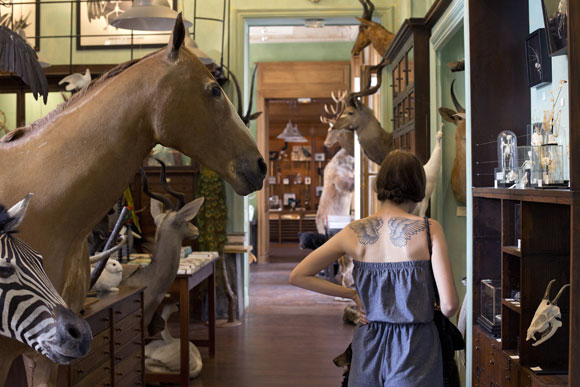 Tripping over a tiger is a first for me. Thankfully, it didn’t seem perturbed. If you’ve been in Paris and done the same, I know where you were—up the stairs at Deyrolle. On Rue du Bac in the 7th arrondissement, this store—if store is quite the word—is extraordinary. In business since 1831, Deyrolle is a cabinet of curiosities on the grand and gothic scale. Bats hang from the ceiling. Exotic beasts stare at you from every nook and cranny. An ape perches nonchalantly on a desk. 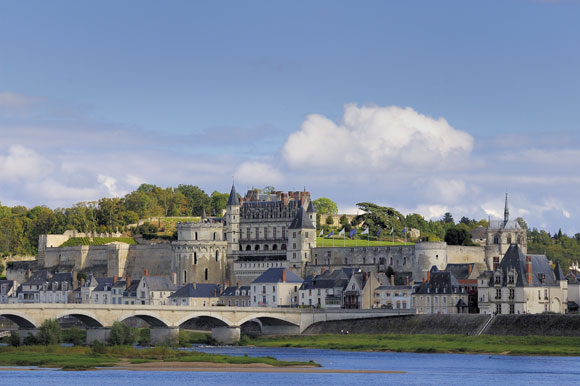 Imagine a land like something from a fairy tale. Magnificent châteaux have spiky black turrets resembling witches’ hats. Immaculate Renaissance gardens prove that horticulture is indeed an art form. Riverbank towns with timber-framed houses, ancient arched bridges, and openair markets dot the landscape. Vineyards give way to wheat fields studded with scarlet poppies and scarecrows that are far too prettily dressed to be outside scaring crows. 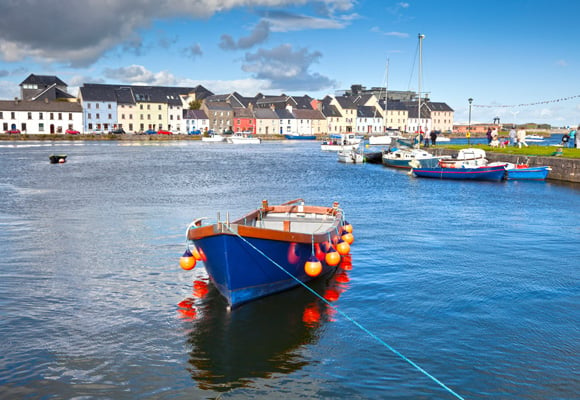 Though the evenings come sooner and the cold is beginning to bite, there’s still enough sunlight in an Irish September to enjoy the splendor of the countryside. Summer leaves are fading to shades of brown, amber, and ﬁery orange. On the telegraph wires, swallows gather in preparation for their annual migration to southern Africa. I enjoy all four seasons in Ireland, from the ﬁrst winter snowdrops to the summer strawberries. But it’s days like today, the last vestiges of fading summer warmth before winter arrives in earnest, that you really appreciate walks in the countryside. 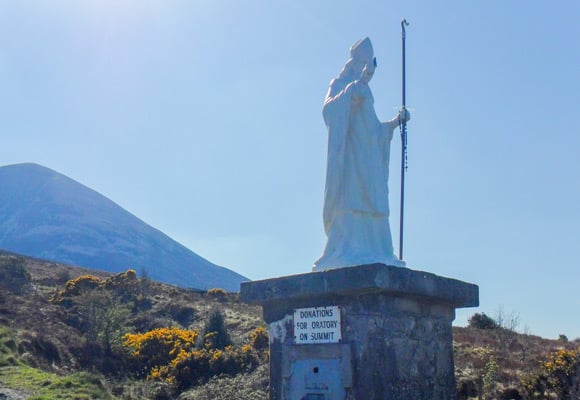 Every Reek Sunday, the last Sunday in July, as many as 50,000 pilgrims clamber up Croagh Patrick’s stony slopes to a tiny oratory on the summit. Twenty years on, my feet still remember the day I joined them and reached the top of Ireland’s holiest mountain. Looming 2,507 feet over the coastal village of Murrisk in County Mayo, Croagh Patrick is affectionately known as “the Reek.” Legend tells that after fasting and praying on its summit for 40 days and nights, St. Patrick supposedly cast out Ireland’s snakes from this spot. 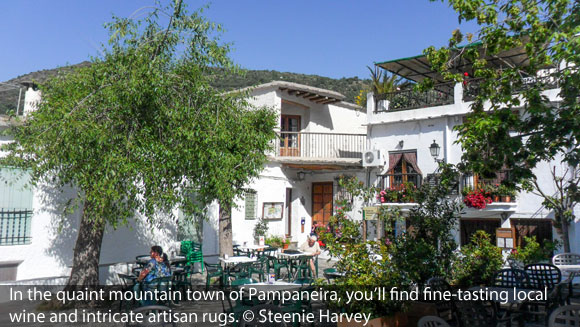 As I savor coffee on a honeysuckle-scented terrace, it strikes me that Lanjarón doesn’t look at all weird. South of Granada, on the edge of Spain’s Sierra Nevada mountains, this beguiling little spa town overlooks the ruins of an old Moorish castle. Its spring-fed fountains are tiled with snippets of Federico García Lorca’s poetry. Its whitewashed houses have saintly wall shrines and balconies hung with geraniums. Its long main street is a sun-splashed jumble of florists, tapas bars, and old-fashioned stores stocked with locally produced hams and honey. 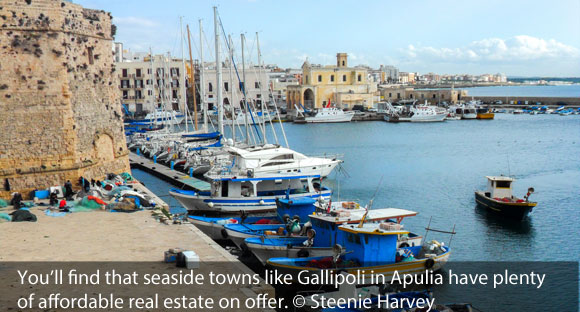 What’s the first place you think of when Italy is mentioned? Chances are it’s not Apulia (Puglia, in Italian), the region that forms the heel of the Italian boot. But after visiting the region last year, I want to sing its praises from the rooftops of so many places. Ostuni…Gallipoli…Martina Franca. As for lovely Lecce, with its baroque buildings of creamy golden stone and gloriously flamboyant carvings, I didn’t want to leave. Singing from the rooftops of Apulia’s fairytale trulli homes would be physically difficult—these beehive-shaped rural houses are topped by peculiar conical domes—but you get what I mean. 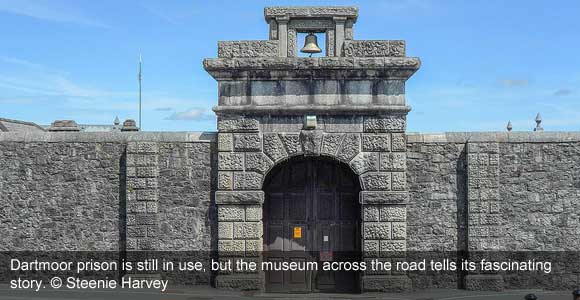 I’m on a narrow road that cuts across the bleakest part of Dartmoor. And from here, the view of one of Britain’s most dismally austere buildings is perfect. The road leads to HMP Dartmoor—and HMP is the acronym for Her Majesty’s Prison. 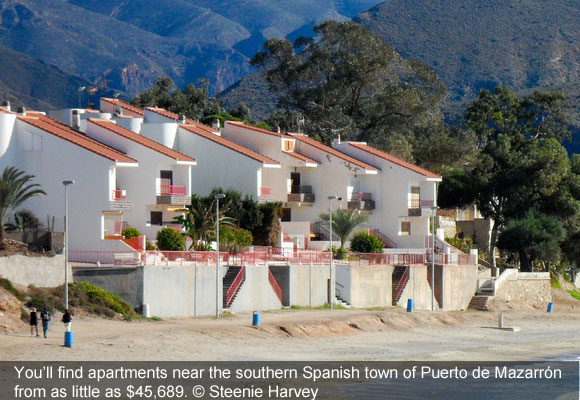 What’s not to love about cultural riches and cobbled charms? Throughout most of Europe, the property market remains in the doldrums, which means you can find bargains. From the Atlantic to the Mediterranean…from Ireland to Greece, there’s a tempting array of move-into properties that will leave you change from €100,000 ($137,000). 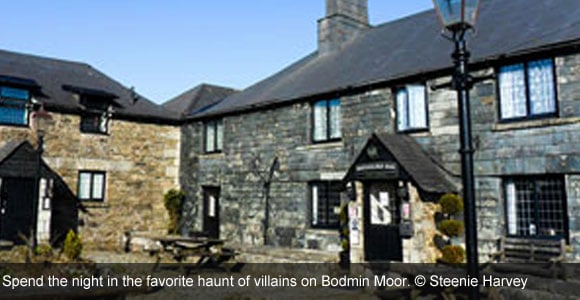 "The grey slate inn with its tall chimneys, forbidding and uninhabited though it seemed, was the only dwelling-place on the landscape.” I adore “forbidding” places. Especially those with cobbled courtyards, sloping floors, shadowy corridors, beamed ceilings, and log fires. So I’ve followed author Daphne du Maurier’s footsteps to Cornwall’s bleakly beautiful Bodmin Moor. 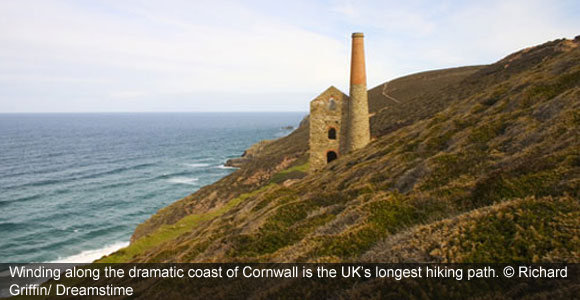 Awash in tales of smugglers and wreckers, Cornwall is a favorite with UK vacationers. A peninsula jutting into the Atlantic, its coastline of bays, inlets, cliffs, coves and golden beaches covers almost 300 miles. Inland, a maze of lanes leads to lost-in-time villages anchored by squat granite churches and complete with inns, beer gardens and home-made pub grub such as fish pie and steak-and-kidney pudding.