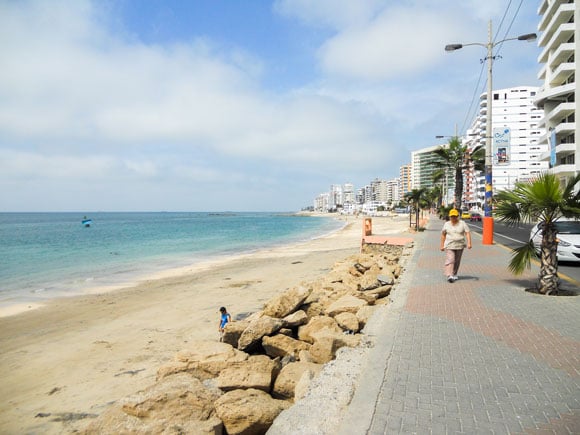 For almost two years now, I’ve been living with my wife in a beautiful beachfront condo on the Pacific Ocean. That sentence alone might lead you to believe we live an expensive lifestyle. But not so. Thanks to the savings we made in moving our lives to Salinas, I have been able to retire this year at the ripe old age of 57. Here, I am happier, healthier, wealthier, and enjoying life to the fullest. 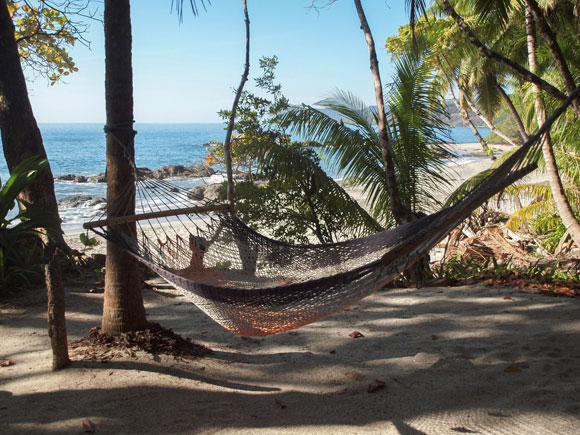 If you retire overseas, owning a home back in North America can be a huge asset. If you want to live abroad only part-time (as a snowbird, for instance), it gives you somewhere to stay when the weather back home improves. Or you may simply want a place to return to on occasional trips. Better yet, that place back home can generate a respectable income if you rent it out while you’re gone, whether you’re away for good or just for a few months each year. This can be a great way to earn some cash on the side—funds that can go even further if you’re living in a low-cost country like Panama or Ecuador. 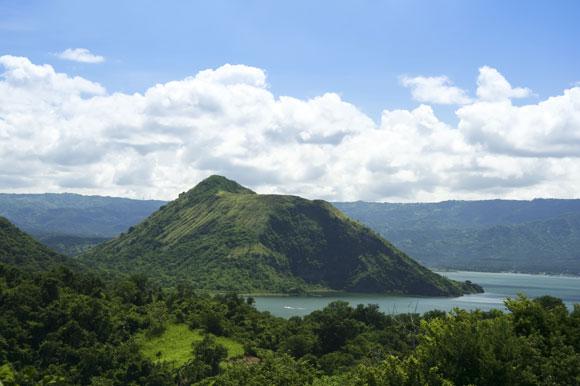 The road winds its way up tree-lined slopes. Here, the hustle and bustle of the Philippine capital, Manila, seems a world away. As you breathe in the cool mountain air, you can already feel the heat and humidity easing off. But it’s the scenery that leaves a lasting impression. Below you, the forested hills descend to a massive blue lake with small islands jutting from its basin. Rising from the lake’s center is a volcano, whose crater holds yet another small lake. There are views you can tire of… but this certainly isn’t one of them. 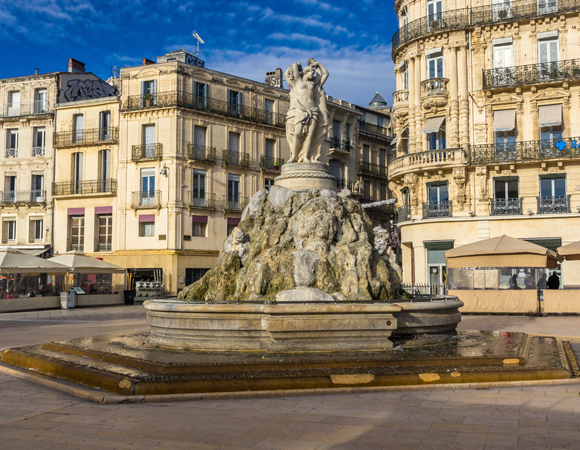 For city lovers like me, Montpellier’s draw is its historic center, Écusson. Dating from the 10th century, Écusson is full of wonderful flagstone streets lined with timeworn, sand-colored stone buildings. Boutiques and shops, from upscale to funky, abound. Tree-lined squares, with their inevitable spate of cafés, reveal themselves at every turn. A pedestrian-only zone, it’s the sort of place you can never tire of exploring.

You awake to the distant cries of seabirds and the rhythmic lap of the waves against sand. Wearing ﬂip-ﬂops, a shirt, and shorts, you head out for breakfast, before taking the short stroll from the town’s main drag to the beach. Here you can take a relaxing walk by the shore, enjoy a book, or take to the ocean for some surﬁng, swimming, or scuba diving on a coral reef. As the day fades and the setting sun lights the sky a vivid orange, you retreat to your favorite beach bar to catch up with friends and enjoy a local cocktail or shot of rum beneath the palm fronds. Here, freezing winter mornings and the stress of working life seem a world away…and a lifetime ago. For many folks who call a colder climate home, retreating to a warm beach town is the dream. 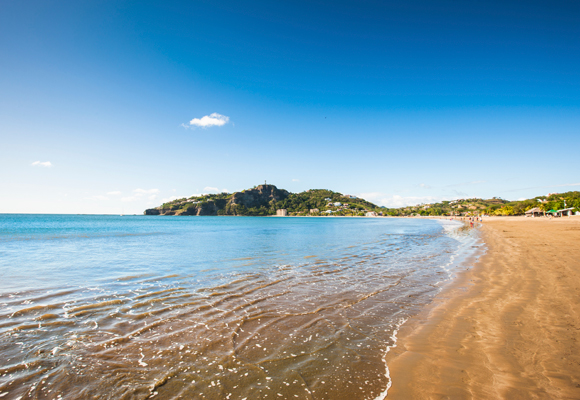 Often voted one of the best beaches in the Caribbean, West Bay Beach, on the western end of the island of Roatán, Honduras, boasts a growing community of contented, beach-loving expats—part- and full-time. West Bay rests along Roatán’s northwestern shore, which is perfectly protected from the island’s prevailing southeastern breezes. This leaves the turquoise waters calm and still, perfect for a refreshing swim or snorkel. For many residents, a people-watching stroll on the white sands with a cold beer in hand is a daily routine. 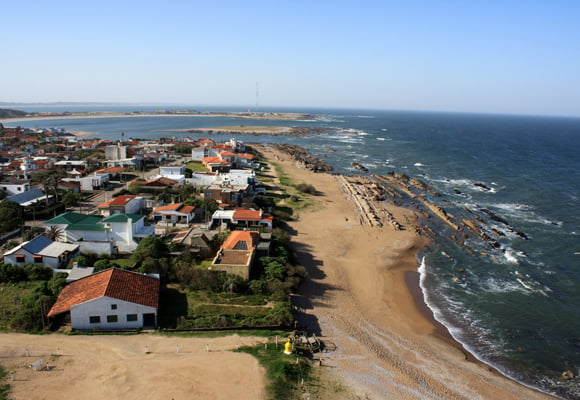 With its light-brown beaches, prominent white lighthouse, and whitewashed seaside homes, it could be a U.S. Atlantic-coast beach town 60 years ago. If it weren’t for the Spanish-speaking locals, modern cars, and surfers paddling out on modern boards, you might be convinced you’ve been transported back in time. But this place exists today—just in a different country in a different hemisphere. You’re in La Paloma, Uruguay’s up-and-coming beach resort, home to ﬁne food, good ﬁshing, great waves, and vast tracts of pristine sand for you to enjoy. 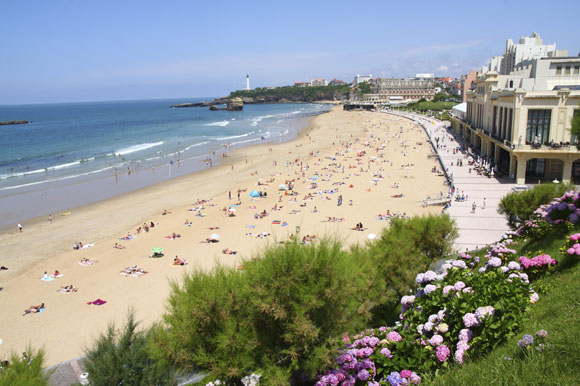 The Golden Age of Europe’s royal houses may be long over, but the Old world beach resorts where the continent’s aristocracy summered still cling to a fin de siècle grandeur… In these spots, you can enjoy urban luxuries as fine as the enticing, sandy beaches. Biarritz, on the southwest French coast, has attracted European royalty and jet-setters ever since Napoleon III and his Spanish-born empress, Eugénie, built a palace there in 1854.

I ﬁrst visited Northeast Brazil in April 2008…speciﬁcally the beach town of Cumbuco. I made a bold prediction about this sleepy little spot… I predicted that it was set to embark on a big, upward trajectory. It did, and for folks who got in then, it’s proved proﬁtable. Now a special situation has created another buying moment here, right in the middle of Northeast Brazil’s great growth route. 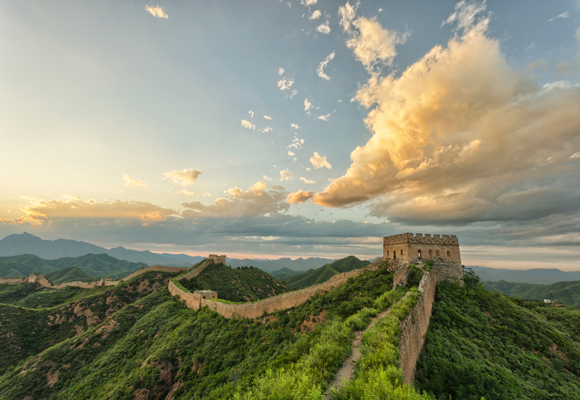 Emerging markets are, and will remain, the centers of global economic growth for the foreseeable future. That’s why all serious investors should have them in their sights, especially when they offer us a cheap, low-risk entry point, as they do now. True, investors in emerging markets have had a tough time in recent years. Prices have been sliding since April 2011, with especially sharp falls in the second half of 2015. Commodity prices have collapsed, which has slammed the economies and local currencies of the big commodity exporters, such as Brazil, Russia, Chile, Colombia, and Peru.