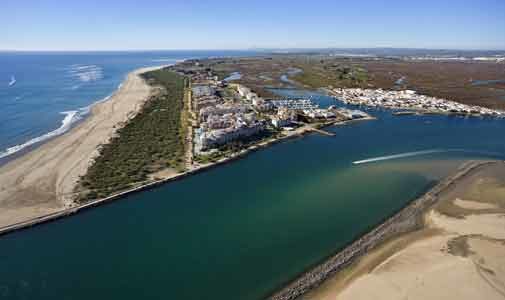 A crisis can be a prime time to get in and buy assets under true value. And that’s exactly what Europe’s economic crisis offered for real estate investors in the past decade in some locations.

Europe’s crisis created some of the biggest real estate buying moments in history. From luxury condos to office buildings, raw development land, farmland, and dentist studios: You name it, it was all on sale. Now, the crisis is drawing to a close in most of Europe…and the opportunities to get in below true value on prime real estate are rarer.

But, some opportunity remains…particularly in two parts of Spain and Portugal.

There’s no “one size fits all” strategy to profit from an economic crisis. Not every country’s crisis is the same. But, there were some commonalities in the factors that led to the recessions of the worst-affected countries in Europe.

First, there was the run-up to the crisis—typically a market boom. Then, there was a crack-up: the moment when things started to crumble.

After that, there was a trigger event: A moment that forced values of real estate to fall to a level where there was significant upside potential. Once that happens, it was important to identify the play of maximum return to turbocharge profits.

But, I say this often, “Not every crisis leads to an opportunity.” To profit from a crisis, you have to see the prospect for recovery—which will lead to an increase in values on the real estate you have locked down.

I saw strong fundamentals that would lead to strong recovery in only two parts of Spain and Portugal in the wake of both countries’ crises: Spain’s Costa del Sol and Portugal’s Algarve. Both offered, and still offer, opportunity to profit.

Where to Profit in Spain

When the global crisis rolled out in mid-2007, Spain was hit very hard. The banks and the government were broke.

They, like their people, had relied on credit and were now struggling under a huge debt burden. By 2013, unemployment rates were in excess of 26%, a record high. Youth unemployment was north of 50%. Around 1.8 million of the jobs lost had been in construction.

With record unemployment, hardly anyone could afford to buy a home. Yet the country had a massive oversupply. At one point, estimates put Spain’s excess supply of homes between 1 and 2 million.

I dug deep into Spain’s real estate market to find and identify destinations to profit. But for various reasons, most didn’t add up. I pinpointed only one locale in the entire country to buy…the one place where a smart investor could profit.

I looked to an internationalized part of Spain: one of Europe’s most popular sun coasts, the Costa del Sol. This has been a tourist hotspot for decades. It has something to appeal to a broad cross-section of people: sandy beaches, historic towns and cities, incredible locally produced food, world-class golf courses and marinas, shopping and entertainment, and (as its name implies), lots of sunshine. It’s Spain’s sunniest region with around 320 days of sunshine a year. That puts it in big demand with Northern Europeans, particularly from Germany, the Scandinavian countries, Britain, and Ireland.

Even at the height of the crisis, tourists were still coming. Between 2007 and 2013, international tourist numbers to Andalucía, where the Costa del Sol is, ranged between 7 million and 8 million each year. (In the past three years, it’s been smashing those numbers, by the way. 2016 set a record with more than 10.5 million visitors.)

Before the crisis, foreign buyers were big drivers of the real estate market in the Costa del Sol. But during the global economic crisis, many were facing their own economic crises back home and were reluctant to spend money on a purchase overseas.

The smarter ones were waiting to see how far Spain’s real estate prices would drop.

It took five years for the trigger event that Spain’s real estate market was waiting for. The European Union pushed Spain’s banks into offloading their bad loans…in return for shoring them up. A bad bank was set up, called SAREB, in August 2012.

In 2013, SAREB offered its first fire sales, opening the floodgates of inventory to the market. But the way they set the pricing was crazy. Pricing on homes in the Costa del Sol might be set by a paper-pusher sitting in an office hundreds of miles away, usually in Madrid. He or she would set the price based on a spreadsheet, often without ever visiting the property. It was crazy, unbelievable—and a serious opportunity for smart buyers. Condos with amazing ocean views were priced lower than ones in the same building that faced a concrete wall.

The only way to figure out the best deals was to put boots on the ground…and to have the right contacts in place. That’s exactly what I did.

By doing this, I was able to identify homes and condos with premium aspects at low pricing. Those who followed my recommendations could profit both from capital appreciation and rental returns on the best opportunities.

Spain’s economy is recovering. Tourism is a big part of that recovery. In 2016, the direct contribution of tourism to the country’s GDP was more than €57 billion—5.1% of the country’s GDP. And, it will continue to rise, according to the World Tourism and Travel Council, reaching €72.1 billion or 5.5% of total GDP in 2027.

But you can still find a bargain by looking in the right places—in the Costa del Sol…and in some of Spain’s other most popular tourist destinations. I’m currently running down some last-gasp crisis deals in the city of Malaga and on the Spanish island of Isla Canela.

Portugal’s Tourism Haven and Its Opportunity

Just a few decades ago, Portugal was considered one of Europe’s poorest countries. Its primary industries were fishing and textiles. It also had some tourism, but nothing like what it gets today.

Then, it joined the European Union…and subsequently the euro…in January 2002. It was a gamechanger for Portugal. Just as in Spain, cheap money flooded Portugal.

At first, Portugal thrived. Its tourism industry started to boom. But as the economy strengthened, prices roseâ€¦as did labor costs. That affected Portugal’s competitiveness.

Before the euro, the country could compete on a weakening of its currency.

After the euro though, Portugal’s traditional industries like fishing and textiles struggled in a global economy.

And, just as in Spain, the availability of cheap credit was leading toward disaster. Businesses took advantage of that credit, as did ordinary people. Banks were handing out 100% mortgages.

Those mountains of debt papered over fundamental problems…until it was too late…and the crash came.

Portugal entered crisis mode later than Spain, in 2010. The recession that followed would turn out to be Portugal’s worst in 40 years.

It took time, patience, and research before the opportunity revealed itself in Portugal.

I waited five years for the trigger event in Portugal that signaled opportunity. It came with the implosion of one of their big conglomerates. That in turn led to one of its oldest banks, Espirito Santo, collapsing, which led to a big clear-out of their assets.

But when the first fire-sale auctions started in Portugal, I had to pinch myself. I couldn’t believe how crazy it was. Bank firesale pricing was initially higher than resale pricing! It made zero sense. Who would buy in a foreclosure auction when prices were significantly higher than in regular listings?

The banks tried to sweeten the deal by offering buyers financing at lower rates. But it still didn’t stack up for investors.

Finally, the banks got it together. They lowered pricing. But buyers still had to be very selective to find the right deal.

Again, the opportunity was on a tourist-favorite coast, Portugal’s Algarve. If you’d bought when I recommended, you could have seen strong gains on the best crisis deals here. Take one condo you could have locked down for €177,000 in 2012. It could now list for €285,000. That same condo has seen rental income of €29,000 every 12 months since then.

Today, Portugal continues to battle against its crisis. Central Lisbon is recovering, thanks to a strong tech industry; however, I don’t see opportunity there. Prices are just too high. But the Algarve’s on a tear. Specifically, its tourism industry.

It has big headwinds driving it: booming tourist numbers (18.1 million overnight stays in 2016), great weather and natural beauty, and cheap flight access from across Northern Europe.

A Path of Progress is playing out here, too.

Development of the Algarve started west of one of the region’s main cities, Faro, and at Vilamoura, the Algarve’s first marina. Resorts, golf courses, hotels, and condo
communities sprang up around that. Then development moved farther west towards Lagos.

Now, development is moving east of Faro. Traditionally, this area had been overlooked, even though some of Europe’s finest beaches are here. But it was starting to get attention in 2007/2008, just as the real estate market peaked. Developers had homed in on the underdeveloped beach towns east of Faro, but when the crash happened, things stalled. Now, development is coming back.

I’m looking to Faro to find the next crisis opportunities in the Algarve.

Editor’s Note: Ronan McMahon is Executive Director of Pathfinder, International Living’s preferred real estatem advertiser. He spends at least six months a year crossing the globe in search of the best real estate investment opportunities worldwide. To keep up with his latest findings in Europe and the rest of the world, subscribe to his Real Estate Trend Alert
service at IntLiving.com/RETA.