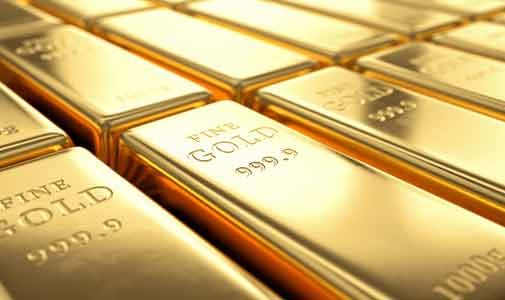 Whether you keep it under the floorboards or in a high-security facility in Switzerland, gold is a high-performance insurance against economic downturns.©iStock.com/Farakos

Rallies often happen when no one is paying attention. And that’s been the case with gold and other precious metals recently.

Who’s buying? The world’s central banks purchased almost 290 tonnes of gold in 2017. Also, investors poured $672 million into the SPDR Gold Shares ETF and $764 million into the iShares Gold Trust in just one quarter. Demand in China for gold bars and coins in the third quarter of 2017 also increased by 57%—and in 2018 so far, accelerated demand for gold bars and coins looks to be continuing.

Ray Dalio’s Bridgewater, the largest hedge fund in the world, went on a gold buying spree in 2017 too…increasing its holdings in the SPDR Gold Shares ETF almost seven-fold…and more than tripling its stake in the iShares Gold Trust. (He said that he’s buying gold in case “things go badly.”)

During the financial crisis of 2008-2009, the world’s stock markets fell around 50% peak to trough. More than $34 trillion in value vanished—more than the 2008 economic output of the U.S., European Union and Japan combined. It was the biggest crash since the Great Depression in the 1920s.

Today, it’s easy to shrug that all off.

Sure, it was a bumpy time, but things came back, right? I know I won’t forget that period anytime soon, though. At the time, I was running a $120 million hedge fund in Moscow. Though pocket change by hedge fund industry standards, it’s a huge amount of money when it’s hard-earned cash entrusted to you by friends and colleagues and family—as well as by dozens of strangers.

In my experience, at the height of the crisis, people were panicked. They thought the world’s financial system was a house of cards. They had already lost half of their savings. And many investors didn’t stick around to find out what was next. They fled for the exits and sold everything before they lost more money. (Of course, that was the worst thing to do. But it’s human nature.)

But anyone who held gold during that period was able to sleep better—and lose a lot less money—because they had “insurance.”

Throughout history, when bad things happen—like crashing stock markets, soaring inflation, and imploding governments—people flock to gold. And as demand goes up, so do gold prices.

When the financial crisis first broke in June 2007, to March 2009, the price of gold rose from about $670 to $938 an ounce, a gain of about 40%. Over the same period, the U.S. Dow Jones Industrials dropped about 45%. Many markets across the world were down even more.

Holding just 10% of your portfolio in gold would have made the difference between panicking and staying the course.

But gold’s bull run didn’t end in March 2009. Fear and uncertainty remained at extreme levels until August 2011, when global central banks opened the floodgates of money for more than two years.

Eventually, confidence slowly returned to the global economy. By that time, gold had risen to over $1,900. From the onset of the financial crisis to the start of global easing, gold prices appreciated more than 150%.

Another example? After the September 11, 2001 terrorist attacks, the New York Stock Exchange was closed for a week.

Once markets opened, shares on the NYSE saw some of their biggest weekly losses in history. The U.S.-based Dow Jones Industrial Average lost 14%, and the S&P 500 lost almost 12% that week. They did recover some of the losses by the end of the month, but it was still a bad time to own stocks.

And gold? By September 28, the last trading day of the month, it had gained 7% since September 11.

Gold has withstood history and maintained its inherent value. It’s durable, easy to transport, looks the same everywhere, is easy to weigh and quantify…

It’s the perfect store of value.

Physical gold has been used as a currency for thousands of years—whereas paper, or “fiat money,” is a historically recent experiment. In 1971, the U.S. abandoned the gold standard—the last country to do so. Since then, all global currencies are backed by nothing more than faith in the government that prints the money.

Thus, when there’s heightened uncertainty about global economic policy, and faith in government falls, gold as the unofficial world currency rises. Contrary to paper currencies, gold is a tangible asset which cannot be printed or destroyed.

To use yet another saying that is (true) conventional wisdom, gold is a “currency of last resort.”

So how can you own some?

Some people have gold bars or coins that they can hold in their hands or hide under the floorboards of their house.

But stick to buying gold from a firm that sets your metal bars in a high-security vault, where you can verify that your gold is segregated and safe. And obviously, storing your gold bullion with a firm in a politically stable country is preferable to holding it with one on the verge of a coup.

My preferred dealer for gold coins (and other precious metals) is a U.S.-based firm called Asset Strategies International. They’re scrupulously honest and fair (by no means a common thing in this corner of the investment world). And they’ll give you a good price. You can call them directly in the U.S. at +1 301 881 8600, or else email [email protected].

My number one recommendation for physical gold purchase and storage is a firm called Silver Bullion. Despite its name, the Singapore-based company—which is headed up by a personal friend of mine, Gregor Gregerson—provides segregated ownership of gold, silver, and platinum.

Investors who want to own gold but don’t want the hassle and expense of physical ownership can choose to own GLD.

GLD isn’t the same as owning gold, though. You can’t decide you want a few gold bars instead of your shares and cash them in.

The SPDR Gold Shares ETF asserts that every share of the ETF is backed by a bar of gold held in a vault that’s completely separate from the custodian bank’s own stash of gold.

However…let’s not forget that for much of the past few decades, you would have done pretty well without insurance. Gold has performed well during certain periods—but dismally during many others.

Gold fared worse than most major indexes around the world over the past five years. However, over the past 10 and 20 years it’s performed in line with global indexes.

So while gold is great to own when times are tricky, it can be a deadweight on your portfolio the rest of the time. I definitely believe that it’s worth owning gold anyway—you buy insurance in case you need it, and you’re relieved that you have it when you do.

However, there’s another way to enjoy the insurance of gold—while not suffering from its poor performance the rest of the time.

Consider adding Sprott Inc. (Toronto Stock Exchange: II; U.S. OTC: SPOXF), a unique asset management company that offers all the upside of gold, but with a lot less of the downside, to your portfolio. Sprott manage other peoples’ gold for them, and take a fee for doing so, which means they profit well from gold even when the value of the metal itself is underperforming. By investing in Sprott, you get to have your money in gold, as well as in a profitable company related to it. Which is why I like to say doing so is the ‘clever’ way of investing in gold. The shares are already up 35% since late November, but I think they have a lot further to run.

Editor’s Note: Kim Iskyan is the Publisher of Stansberry Churchouse Research, and has lived and worked in 10 countries including Spain, Russia, Sri Lanka and the United States. Along the way, he’s learned something about how markets work… and what matters (and doesn’t matter) in the world of investing. Kim has been a stock analyst and research director for a big emerging market investment bank, managed a hedge fund, and sold mutual funds to private bankers. He’s also advised Fortune 50 companies on political risk and helped build stock exchanges from scratch in countries that few people could find on a map.