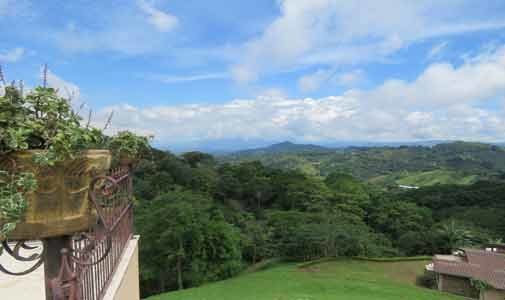 Costa Rica’s stunning natural beauty, happy and relaxed way of life, and warm tropical weather draw many people to relocate there. People are happy. They laugh. They make it a priority to spend time with family and friends.

Even so, when Jack Crook and his wife, Jodie Cook, retired and moved to Costa Rica in 2013, they knew they wanted to find something to keep them busy. After all, neither enjoys “just sitting around,” as they put it.

What they didn’t expect, only three years later, was to be running a house- and pet-sitting service in their Central Valley town of Atenas.

“People can’t travel if they don’t have someone to watch their pets and their houses. We see it as a service, and we love animals, so to us it’s not hard work. And we always try to go the extra mile for people,” says Jodie.

House and pet sitting supplement the couple’s pension and Social Security income from back home in Tennessee. The best part, they say, is that it allows them to meet a lot of people and be involved in the community.

But for Jodie, there were other reasons, too.

“We moved to Costa Rica for the healthiness of the climate and also the healthcare. Our insurance deductibles in the U.S. kept getting higher and higher, and I wanted to retire early, but we couldn’t afford private insurance. I fell in love with Central America in my college days, so we started visiting Costa Rica for vacations and thought about living here. We made a three-year plan, then relocated it up to two years and moved here.

“It was the people and the climate that led us to move to Atenas,” says Jodie. “We met people online before we came on some of the expat Facebook forums, and everyone is so friendly. It’s a nice town, and it’s little.

We like that. We like that it’s cool. I don’t want air conditioning or heat. I want to breathe fresh air all of the time.”

Located in the far western corner of the Central Valley, where the mountains give way to the long Pacific coast, Atenas owes its temperate climate to an elevation that ranges from 2,200 to 4,000 feet. The traditional coffee-farming and ranching town promotes itself with the marketing slogan “the Best Climate in the World.” An estimated 1,500 international expats live in Atenas full-time, most of whom are retired. Many of them also have pets and houses that need to be looked after on occasion.

Jack and Jodie had some prior experience house and pet sitting in Tennessee, where they lived on a small farm in the Nashville area.

“We had horses and lots of dogs and cats. We did house and pet sitting for our neighbors, so they could travel,” Jodie explains. “We had no plans to do this in Costa Rica, but I knew we’d have to do something, because we like to be active.”

It all started soon after moving to Atenas, when a friend asked Jodie to help him care for his sick dog while he was away. Then another friend who was doing housesitting had too many clients and needed help.

“And then the word just got out,” says Jodie. “It has been all word of mouth for our referrals. We were both house and pet sitting for a while, but now we have our own two dogs and two cats, so it’s just Jack who does the housesitting now.”

The couple say they house and pet sit about 20 days a month, and they have about a dozen regular clients. “We sometimes turn people down because we’re booked a year in advance,” says Jodie.

Jodie takes care of the business side of things—scheduling, logistics, and payment—while Jack handles the actual house and pet sitting. Since his time is flexible, Jack can come home for a couple of hours almost every day—which is especially nice since the couple recently moved into a new house they had built in the Atenas countryside.

“We don’t have a set schedule, because everyone has a different routine with their dogs and cats,” says Jack.

When Jack is house and pet sitting, he lives at the client’s home. Besides taking care of the pets and anything else the homeowner wants, he spends his free time playing his guitar and practicing songs for his part in the local expat rock band, Flashback.

The great part of house and pet sitting?

“The animals are the upside,” say Jack and Jodie. “When you stay at someone’s house, they put their trust in you; and it’s a good feeling to know you can help them by taking care of their pets and home.”