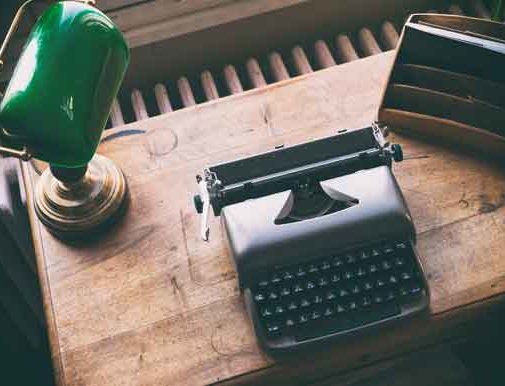 Industrial antiques, such as vintage lighting, are becoming fashionable (and proﬁtable) once more. ©dreamstime.com/boschettophotography

On my travels through the highways and byways of antique collecting, I noticed an auction selling “industrial antiques.” My interest was piqued. What could they be? I wondered. Rusty farm machinery? Nineteen-fifties’ filing cabinets? Miners’ helmets from long-defunct collieries? Well, actually, yes. All the above and more.

Previously, these goods would have been carted off to a dump. Now they are the height of urban chic, being upcycled for a new lease on life. The prices at auction confirmed this. A five-foot-tall, engineered steel shelving unit with 21 cubby holes, perfect for displaying books and ornaments, sold for $468. A set of metal-framed plywood chairs, suitable for a warehouse-style apartment or coffee shop, sold for $70 apiece. (Incidentally, a whole stack of similar chairs is available on eBay from as little as $15 each.)

The worn, rough, industrial look suits the current trend for reclaimed warehouses and factories converted into hip apartments. Given the high residential demand in inner cities these days, old, unused buildings are being converted into work/living spaces. You only have to glance through a current interiors magazine to see how architects and designers are styling these.

Steel girders, bare bricks, and stripped wood floors beg for pared-down, unfussy furniture. If you have some of this furniture lying around, there could be some money to be made. With this trend set to continue, buying now could leave you with the opportunity to make a profit in the future. And don’t neglect the chance to decorate your own home with a piece of history. It will surely come with a more interesting story than something straight out of a factory.

The best architectural salvage is “salvaged” when no one else is looking. I once screeched to a halt outside a building undergoing refurbishment, because I spotted something shiny on the sidewalk. It was a delightful, art-deco mirrored table. It found its way into the trunk of my car before you could say, “What the…?” Daylight robbery? Maybe…but in fairness, it had been abandoned next to a dumpster. I had it restored, and it sits proudly in my living room with my Smart TV on top.

Commercial premises, industrial units, police and fire stations are all ripe for conversion. So with this in mind, take a walk around your neighborhood to see if any interesting interiors are being ripped out. These could include office and canteen furniture, ceiling and wall lights, ironmongery, doors, and windows. The construction workers may already have struck a deal with an architectural salvage yard, but anything that is dumped is yours to take home, restore, recycle, or sell online or to secondhand stores.

Even old bricks have value. A vintage “Don’t Spit on the Sidewalk” brick from a street in Kansas is on eBay for $34.99. A Victorian cast-iron air vent cover is listed at $62. Key words to look out for in the listings are “vintage,” “retro,” “up-cycled,” “rustic,” and “reclaimed.”

Opaline is an opalescent milk glass that came from the former Czechoslovakia, France, and Hungary; it was used to create a subtler glow than clear glass or fluorescents. It was used in public places like schools and civic buildings and was mostly circular and white. An unusual, pale green, square, opaline ceiling shade from the 1950s is on eBay for $110.

My favorite browsing site and research tool for architectural and vintage lighting is Skinflint Design. Although it’s a British company, its prices are listed in all major currencies and it ships anywhere. It has an impressive selection of reclaimed light fittings from historic places with spine-tingling associations. Stock is assembled from such diverse buildings as a Victorian mental asylum, a 1960s power station, and a factory in the former Eastern Bloc.

A collection of 1950s shades, salvaged from a decommissioned Rolls-Royce factory in Derby, U.K., is on sale for $312.50 per shade, plus freight. In two-part vitreous enamel with a shapely neck and polished aluminum gallery, these pendants would have illuminated the car assemblers on the factory floor. Inexpensive copies are available in stores today from around $20. But how cool would it be to have an original, with a Rolls-Royce provenance?

I also like the idea of an ex-medical heat lamp from the 1950s by English manufacturer Pifco Infradette. Converted into a desk lamp, the modern equivalent would cost far less but it wouldn’t have a story. It costs $468.

Another quirky kitchen collectible is a set of 1950s U.S. traffic lights by Marbelite. Laid horizontally and converted into a ceiling pendant, the polished aluminum features the original cast manufacturers’ branding. It’s on sale at $1,500.

If you’re keen to track down your own industrial antiques, the best hunting grounds are garage and yard sales, antique fairs, and collectors’ and online auction sites. And if you’re planning a trip to Europe and want to browse the famous flea markets, the sidebar will tell you how and where to go.

The ﬂea markets of Europe are paradises for bargain hunters, with street after street of bounty just waiting to be explored. You never know what bargains you may come across.

Paris’ Marché aux Puces has the largest concentration of antique and secondhand dealers in the world. More than 5 million people visit each year on Saturdays, Sundays, and Mondays.

With 1,700 merchants, some areas look like museums, others like junk yards. The main street is the Rue des Rosiers, leading to the smaller markets of Malassis, Dauphine, Biron, and Vernaison.

Away from the labyrinth of small shops and arcades, dealers sell off blankets on the ground, or from the backs of trucks and cars. There is trash and there is treasure: antique porcelain, silver cocktail shakers, vintage textiles, Bakelite radios, 19th-century crossbows, tin toys, well-traveled trunks. For music and book lovers, there are boxes full of old vinyl and rare books. You’ll need to rummage, but you never know what you may ﬁnd.

When you’re tired of browsing, or the rain starts to fall, take refuge in a café to drink a Pernod and admire your purchases. The trendiest in Paris is Cocotte, opened by the famous French designer Philippe Starck.

Le Vieux Marché, or Old Market, in Brussels, Belgium, is unusual in that it opens 365 days a year. It’s the place where Hergé’s famous cartoon character, Tintin, bought a model of the tall ship “La Lincorne” in The Secret of the Unicorn (1943). The market, established in 1854, is in the Place du Jeu de Balle, an area originally intended as a playing ﬁeld for jeu de balle—an old Dutch game similar to handball. The best days to visit are Thursdays and Fridays, though Saturdays and Sundays may reveal rarer items only available at weekends. The Continental sights, sounds, and smells seduce you, as you haggle for a copper pot exuding the aroma of garlic mussels, while an ancient accordion player serenades you with a Flemish folk song. Arrive early: The early bird catches the worm.

Among the many Berlin ﬂea markets is the one at Rathaus Schöneberg, where John F. Kennedy stood and declared himself “ein Berliner.” I prefer the Boxi, at Boxhagener Platz, where you’ll ﬁnd everything from ﬁgurines to furniture, and from oil paintings to porcelain. I even spied a beautiful wine-red velvet sofa for around $200. In the Simon-Dach district, with its many cafés, it is an ideal Sunday outing, open from 10 a.m. to 6 p.m.