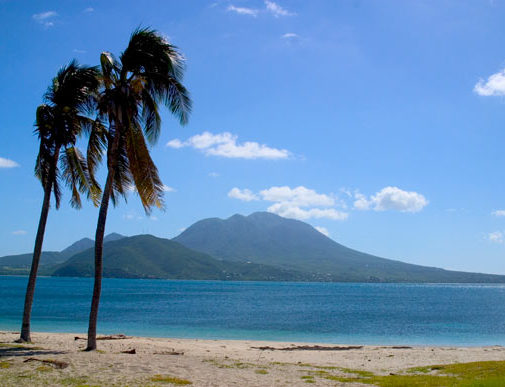 The Caribbean island of Nevis is your best option for creating an LLC (limited liability company) for wealth protection. ©iStock.com/Tillsonburg

They say the grass is always greener on the other side. I’ve not always found that to be the case. But when it comes to getting your money out of the U.S., it rings true.

I remember a U.S. that celebrated wealth creation and rewarded hard work. Now I fear that the opposite is happening.

Every day I read about greedy lawyers preying on hard-working families. I watch with horror as our right to privacy is dismantled. And I see an economy spiraling out of control, with a $20-trillion debt problem and a dangerous addiction to printing money.

No doubt about it, we’re walking into one of the most uncertain decades in recent history. Given this, now is a good time to consider getting at least some of your wealth out of the U.S.

It’s not as simple as it once was to get your money out of the U.S. But it’s still possible.

Before we get into how, you’d be right to ask why you’d want to do this. For me, a better question is “why not?”

Right now, there’s a whole host of benefits to getting some of your wealth out of the U.S.

Privacy: Foreign assets won’t show up on a domestic U.S. search. If a greedy lawyer is looking for “deep pockets,” he won’t find yours. Plus, many overseas jurisdictions still work hard to protect your privacy. Financial privacy is often more respected overseas than in the States. Data sharing among banks and governments, for example, is often banned.

Stability: There are countries outside the U.S. where the banks have never failed—ever. So holding some wealth offshore will keep it safe should the U.S. banking system ever collapse or shut down.

Protection: International assets fall outside U.S. jurisdiction, making it difficult for creditors to seize them. Offshore investments can protect you from business loss, court rulings, or even government seizure. No other country in the world automatically enforces U.S. civil judgements.

Diversification: Foreign assets allow you to spread your risk if the U.S. economy takes a turn for the worse. Diversifying into more stable foreign currencies, for example, is a great way to protect your wealth. And if said currencies grow in value, you can reap a nice windfall if you decide to sell.

Opportunity: You can gain access to new overseas markets and the lucrative opportunities they hold. While you can, of course, buy foreign stocks on a U.S. stock exchange, these will often be only the largest stocks, in the most developed markets. More than half of all stock opportunities lie outside the U.S. Often, the best up-and-coming companies are only found on local stock exchanges.

So how do you go about doing this? You have a couple of options. The first is to open a foreign bank account.

Opening an account abroad has a lot of advantages. It gives you exposure to a foreign currency (holding wealth in a more stable foreign currency is a great way to protect it) and allows you to invest in foreign securities. It also throws a thin veil over your wealth. A foreign bank account won’t show up on a domestic assets search. So if you’re worried about a nosy lawyer hunting out your assets, an offshore bank helps you fly under the radar.

Opening an account isn’t as easy as it used to be—at least, not for U.S. citizens. (You can thank the U.S.’s relentless pursuit of suspected tax evasion for that.) Over the last decade, the U.S. has indicted several Swiss bankers suspected of meddling in tax evasion. It imposed billions of dollars in fines on banks, even forcing Switzerland’s biggest bank, Wegelin, to shut down.

And that’s all before we consider FATCA, which forces international banks to hand over U.S. client account details to the U.S. government. Some global banks simply don’t want the hassle.

Having said that, plenty of banks around the world are open to working with U.S. citizens. Over the years, I’ve developed good relationships with banks in Austria, Hong Kong, Panama, and other countries that will open their doors. It’s just a question of doing it the right way.

The first thing to do is to make a personal visit to the bank. Flying to your chosen jurisdiction and making a personal appointment shows you’re serious. It’s also easier to verify documents, and it reduces the chance of misunderstandings.

A handful of banks will open accounts for U.S. citizens without a personal visit. Some banks in Australia, the Cayman Islands, and the Cook Islands, for example, will do this. However, you’ll have a lot more options to choose from if you’re prepared to hop on a plane.

Be sure to have your documents in order. You’ll need to present your passport, proof of address, and references from your current bank and attorney. You may also be required to show the origin of your funds.

Another thing to bring with you is a good reason for opening the account in the first place. Every foreign bank will ask you why you want to open an account. You could, for instance, say that you want to do business locally, buy real estate, or invest. Or that you want to gain exposure to the local currency for diversification.

Just don’t mention tax benefits or asset protection. These are red flags for foreign banks when dealing with U.S. citizens.

Another option is to use a foreign branch of your current bank. If your bank has a foreign branch, simply ask about transferring funds. For example, HSBC’s Premier Account allows you to move cash to a branch in Singapore or Hong Kong.

If you’re really committed to going down this route, then you may consider a private banking service. Private banking is a premier option, typically with high deposit minimums (at least $300,000, but often $1 million and up). Private banking gives you access to a personal asset manager and a wider palette of investment options. You’re much more likely to open an account this way, as you’re required to operate through an SEC (U.S. Securities and Exchange Commission) registered manager and there’s a clear investment interest.

Is a foreign bank account bulletproof to creditors? No. But it is more difficult to uncover and it creates a stickier web, since the assets are outside U.S. jurisdiction. However, a judge can theoretically force you to repatriate the funds to pay a creditor. For tighter protection, you’ll want to consider a foreign business entity.

You can use a foreign company to hold your assets, whether it’s investments, real estate, bank accounts, or an IRA. I typically recommend a limited liability company (LLC) structure. It’s more flexible than a corporation and has stronger built-in asset protection features. In many jurisdictions, you can set up an LLC without even registering your name on the records.

But here’s where it gets interesting. A handful of countries have powerful, protective LLC laws that work to block out creditors. My “go-to” LLC jurisdiction is the Caribbean island of Nevis.

Why? Because Nevis does not entertain U.S. civil judgements. In fact, your creditor would have to board a plane to Nevis, hire a lawyer, and post a bond of $100,000 at the courthouse to sue you.

And even if he wins, he’s only entitled to distributions from your LLC (the percentage of the LLC’s profits that you receive). He cannot liquidate or foreclose upon your share of the company. Set your LLC up correctly, and a creditor will never even see a penny.

A Nevis LLC is a locked safe, wrapped in barbed wire, for your assets.

In many cases, you can use these two strategies in tandem. Rather than opening a foreign bank account in your name, open it in the name of your foreign LLC.

Of course, this will raise a few questions at the bank. When I tried to open a bank account for a client in Hong Kong, for example, the bank would not do it with a Nevis LLC as the account holder. However, it did have a list of approved jurisdictions, and we used an LLC established elsewhere.

At Wiener Privatbank in Austria, I was able to open a bank account for a client in the name of a Nevis LLC, but there was an additional charge for opening the account in a company name. In other words, this arrangement may limit your options, but it is possible. And it is the strongest all-round solution available.

Getting your money out of the U.S. is a prudent way to double down on privacy and asset protection. But it also opens new doors to opportunity, and spreads your risk if the worst happens at home. I know I sleep better at night knowing my wealth is a little safer. I think you will, too.

FATCA: What You Need to Know

FATCA (the Foreign Account Tax Compliance Act) is the U.S. “all-seeing eye.” It’s a law that forces foreign banks to report U.S. client accounts to the IRS. Because of this, the IRS now has eyes and ears everywhere.

How did this happen? Well, the U.S. forces foreign banks to comply on the threat of punishment. If the banks do not report U.S.-citizen account information, they are subject to a 30% withholding tax on U.S.-source payments.

Under FATCA, you must report any stocks you own that are issued by a foreign corporation and any investment stake you hold in a foreign partnership, as well as interests in foreign pensions, bonds, mutual funds, or any other ﬁnancial instrument that has an issuer or counterparty that is not a US. citizen.

Bottom line: Getting your money out of the U.S. is not a tax-free solution. U.S. citizens are required to report, and pay tax on, all income—no matter where in the world it’s located.

Complete compliance and reporting is essential if you’re banking or doing business abroad.

Editor’s Note: For over 30 years, Mark Nestmann has helped thousands of clients to safeguard their wealth overseas. His work has been featured in The Washington Post, The New York Times, ABC News, Barron’s, and Forbes. He is also the author of The Lifeboat Strategy—widely considered the gold standard in U.S.-client asset protection and financial privacy resources.

Go to Nestmann.com/il for a special offer exclusively for International Living readers that includes more information on getting your wealth out of the U.S.