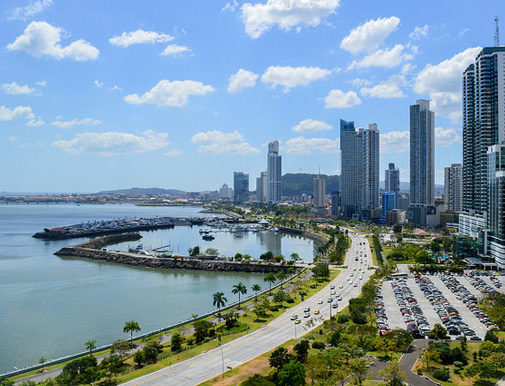 For some expats, it takes time to adjust to the Latin American lifestyle. ©Liam Doyle

“Are you serious? Grrr!” This was my typical response when first faced with the mañana culture of Latin America.

Technically, mañana means tomorrow. But you’re better off translating it as “not today.” For example, when a plumber tells you he can’t make it today, but he’ll be there mañana…he’s just as likely to show up the day after tomorrow.

My years in the U.S. had taught me to be impatient. If something wasn’t done right, I had to speak up. As I got older, I found myself complaining all the time. And it wasn’t always warranted…

I’d be talking to friends over a lovely meal, and, soon enough, we’d be complaining about traffic, our bosses…whatever. In my corporate customer service job, we treated complainers like VIPs, giving them special compensation even when they were being unreasonable. We were teaching people that it paid to make frivolous complaints. Sound familiar?

When I moved to Panama City in 2005, I came face to face with a culture that just doesn’t operate that way. Yelling is almost never a way to get what you want. Sure, there are times when you have to be assertive. But bad behavior on the customer’s part is never rewarded.

Your average Panamanian genuinely doesn’t understand why anybody would get all riled up over the minutiae of life. Ordering a latte and getting a macchiato…having to wait 15 minutes for the check after a nice dinner…these are small things, and nobody sweats them here. When there are delays, people don’t huff and sigh. They almost seem glad to have a few moments to just sit and rest. What a strange concept!

My first year here was wonderful…and incredibly frustrating. I visited picture-perfect beaches and mountain towns, made lots of friends, and especially enjoyed learning about the country’s indigenous tribes. But I could scarcely believe the way people drove. And the customer service—or lack thereof—galled me.

It took me a few months to begin adapting. At first, it was imperceptible. I didn’t realize that I was picking up cues about Panamanian culture that weren’t in any of my books.

The first thing I realized was that, in general, drivers don’t mean to be inconsiderate. Many of them learned to drive with minimal input, and they’re honestly just doing the best they can.

After I decided to just take it easy—and let everyone do what they’re going to do—I began to enjoy driving here. I’m happier and more relaxed listening to my music and watching the other cars raise weaving in and out of traffic to an art form.

The other thing I learned? People in Panama are gentle with themselves…and with others. Here, you have permission to change or cancel plans. You don’t have to stress as much over the possibility of upsetting people. If you call to say you’re running late, they’ll usually tell you not to worry about it.

Just recently I had to bail on a local friend, whom I had planned to meet at my favorite Indian restaurant. She’d never tried Indian cuisine, and I was going to order all my favorites for her to sample. I was worried she’d be disappointed when I asked for a rain check. But her response was simple:

Zero stress, friend. This phrase has changed my life. It has the power to make the stiffness in my shoulders just melt away. It’s meant to convey understanding. Some things are out of our control…and sometimes human beings make human mistakes. When life happens, people here don’t see any point in kicking up a fuss.

Being gentle with myself and with others has improved my life. These days it takes a lot to rile me. I can’t remember the last time I said, “I’m so stressed out.”

My experience is common here, as expats have confirmed time and time again. Connie and Mikkel Moller live in the small fishing village of Pedasí. Salsa music, barking puppies, and crowing roosters are the norm in the town center. But the Mollers wouldn’t dream of marching next door and demanding quiet. They’ve adapted to a more traditional way of life.

“This town is like Mayberry on the Andy Griffith show,” they say. “People greet us when we pass them on the road. Children play out in the street—that doesn’t happen in the U.S. anymore.

“We are so blessed to live where we live. And our stress level is 10% of what it used to be…we’re healthier than before!”

Harry Segil, who divides his time between Panama City and the nearby beach town of Coronado, has also embraced the cero estrés lifestyle. “Even though this looks a lot like North America, the culture is different,” he says. “It’s important to try to enjoy the locals’ calmness and tranquility. It has been an amazing, wonderful adventure. When I came here, I was determined to embrace the culture and challenge myself, and I am thrilled that I did.”

Me too. Over time, my new outlook has improved my health, both emotional and physical…something that becomes more apparent to me when I go back to the States. Friends from back home tell me how contented and relaxed I seem. They usually follow that up with, “I’m so jealous!”

My friends chalk it all up to the tropical weather and pristine beaches. But it takes more than a good climate or a pretty landscape to change your outlook on life.

Of course, change can be painful…at first. But now my back and neck hurt less, my skin looks better, and I no longer hate running errands.

I mean, really…who wouldn’t want to live with cero estrés?