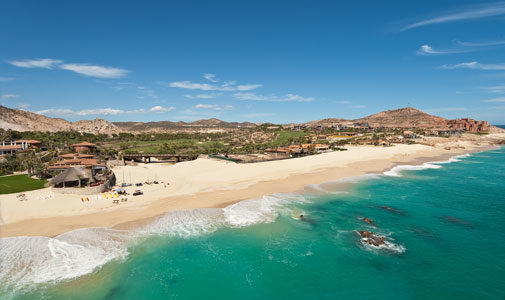 Rentals in downtown Cabo start at $500 a month, making it a good-value spot to run a business.©iStock.com/©RaisbeckFoto

When Sue McGovern Downward first arrived in Cabo San Lucas, in Mexico’s Baja California Sur, 21 years ago, she realized right off the bat that she was missing something.

“I couldn’t get a good cup of coffee anywhere. I was so desperate, I had to bring it with me from California.”

Originally from San Francisco, Sue and her husband Ted lived in Santa Cruz before moving to Cabo. Ted worked in real estate, property management, and construction. Sue was vice president of operations for a large chain of fabric stores, when Ted first broached the idea of living in Mexico. Hesitant about living permanently outside the U.S., Sue agreed to try for six months and see how it worked.

It didn’t take Sue long to realize the benefits of living in Cabo. She adored the warmer weather, and she especially loved the culture of Mexico and its warm, welcoming people. Still, something was missing. “My type-A personality wasn’t ready to completely settle down,” says Sue. “I needed a challenge.”

That challenge came in 2006, when Sue bought a local café, Cabo Coffee, and immediately began applying her business acumen.

Sue was committed to using only Mexican products. She sourced her coffee beans from a small coffee plantation located high in the Sierra Madre Mountains, and bought a small roaster to ensure freshness. With her prior management experience, she knew well that “when you take care of people, they take care of you.”

Sue’s employees are all Cabo residents, and three of her baristas have been with her for 10 years. According to Sue, “I treat my employees like family, with tremendous respect. And that breeds a whole lot of loyalty.”

Nowhere is this more evident than in a story she relates with great pride and a big smile. When a hurricane hit Cabo San Lucas during the night last September, power all over the city was lost, and almost all the businesses around Cabo remained closed. Nevertheless, Cabo Coffee came out fighting. A back-up generator enabled the company to open its doors by 8:30 that morning. All employees made it to work, and their dedicated efforts resulted in the café’s daily sales reaching a record high.

Living in Cabo is more affordable than in the U.S. or Canada, says Sue, although the cost of housing, like anywhere else, really depends on where you live. Because there are developments at every price range, expats have plenty of choices.

Condominiums here can run from $150,000 to $200,000 at the low end to oceanfront villas in the millions of dollars. For the most part, those who live in nearby San José del Cabo find properties there to be less expensive than in much of Cabo San Lucas. Those venturing out even farther, to areas like Todos Santos, are finding beachfront properties at prices they could never even come close to in California.

Small apartment rentals in the downtown area run $500 to $800 a month. Three-bedroom, two-bath homes not directly on the water rent for around $1,200 a month.

For food, some costs can be higher depending upon what has to be shipped in from the U.S. But the good news is that by shopping at local farmers’ markets, you can get some pretty good deals and the freshest seafood, fruits, and vegetables.

Despite becoming a successful businesswoman in Mexico, Sue realized that she lacked Spanish language skills when it came to conversing fluently with the locals and successfully navigating the legal and business-related details of running a company in Mexico. She signed up for group Spanish lessons, then private lessons, completely resolving the language barrier once and for all.

Sue also joined an investment group consisting of professional U.S. females residing and working in the Cabo area. It didn’t take long for the friendship, camaraderie, and benefit of sharing stories with other U.S. expats to work their magic. Sue even became the group’s treasurer for a span of 10 fruitful years.

But without a doubt, Sue says, “It’s these warm, wonderful people that I work with every day that fills my life’s cup to the brim. When I look around the café and listen to the cheerful banter among my patrons who love to congregate here, I am thankful to be living in Cabo.”

Editor’s note: Few places are as full of life, as colorful, magical, and as affordable as Mexico. It may be just south of the border, but this richly diverse nation with world-class cities, and 5,800 miles of sun-kissed beaches still holds many secrets. And it’s just these kinds of insider secrets plus so much more you’ll learn in Escape to Mexico. Get your copy now.