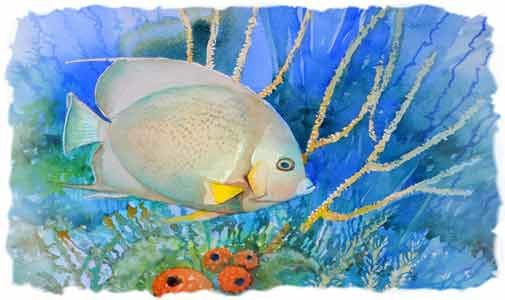 The Caribbean waters of Roatán are a snorkeler’s delight.©Colleen Clapp

As IL’s Roving Latin America Editor, I have the privilege of traveling to some of the most beautiful places in the world. But because I’m interviewing expats about their lives…checking out real estate deals…and jotting down prices for produce in local markets…I usually don’t have much time for “tourist” stuff. So I have to get creative to make it happen.

When I was in Roatán, a laidback Caribbean island off mainland Honduras, I was determined to go snorkeling.

If you do it anywhere in the world, this is the place. The world’s second-largest barrier reef, the Mesoamerican, rings the island. The clear waters, in seemingly a half-dozen shades of blue, are full of exotic aquatic life. Everybody I met there asked me if I’d been diving or snorkeling yet—for many expats there it’s a main reason they moved to the island. And thousands of tourists arrive every week to experience this brightly colored underwater world. I couldn’t pass it up.

But I didn’t have time to spend hours on the snorkeling boats organized by local dive shops. Besides, being in the sea with a couple of dozen people and spending $50 for two hours in the water didn’t appeal to me. That’s when a new expat friend recommended I head to West Bay beach, to the section in front of the Infinity Bay Resort. There you can snag mask, fin, and snorkel from a beach vendor for $15. Then walk right into the water and you’ll soon be swimming amid coral—use the buoys to follow the snorkel trail out around the rocks. On my swim I saw dozens of tropical fish: a huge puffer fish, angelfish, sergeant majors, tangs, snapper, and the largest parrot fish I’ve even seen—I could hear it munching on coral.

The water is calm, and it’s an easy swim. There are some sections where the water over the coral gets shallow, but you can easily avoid those spots by sticking to the trail—don’t worry, you’ll see plenty of cool stuff. One thing to note: Avoid cruise ship days, as that’s when West Bay gets crowded in and out of the water. Ask a local if a ship is in that day.

“I fell in love with the beach next to La Lobería the ﬁrst time my wife Rita and I walked out to visit,” writes IL Correspondent Jim Santos. “It was a case of love at ﬁrst scent. This is a beach in the protected wildlife preserve called La Puntilla, on Ecuador’s Santa Elena peninsula. The breeze here is always from sea to shore, so there is nothing to compete with the smell of the ocean spray. It is the smell of summer vacations as a child, and we can ﬁnd it there any time of the year.”

“You might think that living on an island means the scent of the ocean air is important to me. And you’d be right, but my favorite smells on the island are usually wafting out of the stalls that line the streets here,” writes IL Southeast Asia Correspondent Kirsten Racquia. “There is nothing better than the smell of shallots and garlic frying up in a wok. Or the fragrance of lemongrass stalks being bruised to prepare them for cooking.

I moved here for island living, which I love, but it’s the food that brings me so much joy!”

“In Nicaragua there’s a place called Catarina,” writes IL Nicaragua Correspondent Bonnie Hayman. “All the families in this town grow plants. If you want an exotic plant, colorful ﬂowers, or interesting bushes, this is where you come. Most range from 50 cents to $2 each. Plants burst with color everywhere. Citrus trees blossom. The fragrance of jasmine and freesia ﬁlls the air. Just close your eyes and the scent reminds you that you are in a tropical paradise called Nicaragua.”