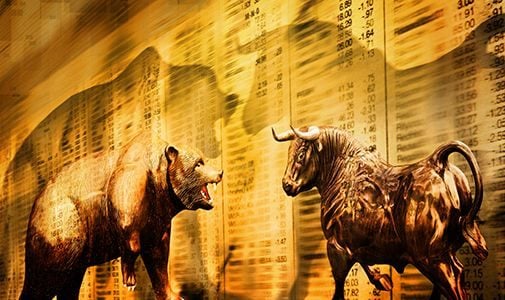 For the well-prepared investor, there’s nothing to fear from a bear market. ©Dreamstime.com/Eti Swinford

Are you prepared for a significant stock market decline? Is your IRA or 401(k) braced for a bear market? More importantly, are you planning on retiring during the next 10 years and drawing income from your stock and bond portfolio?

Last year, the United States officially recorded its longest equity bull market in history, surpassing the 1990s in duration, and the second-most profitable bull market since the 1920s. In fact, the U. S. ranks as one of the top-performing markets over the past decade, outpacing major and developing markets. Since 2008, the S&P 500 Index has gained 10.74% per year, compared to 6.33% for the MSCI World Index, and 2.91% per year for the MSCI Emerging Markets Index.

Bull markets always come with expensive multiples. The current cyclically adjusted price-to-earnings ratio is 33.5 times historical earnings. That is its highest level ever, except for the dot-com bubble of the late 1990s, when it reached 44.2. It’s also higher than the ratio of 27.5 in October 2007…just ahead of the financial crisis.

Certainly, corporate tax overhaul and a strong economy continue to power earnings. But for how long? A 33.5 ratio is rich, and indicative of lower stock market returns in the future, according to Yale University economist and Nobel Laureate Robert Shiller.

Stock market valuations aren’t the only indicator flashing a warning sign in early 2019. The percentage of U.S. household financial assets (stocks, bonds, and cash) that’s allocated to equities hit 56.3% last summer. That’s more than 10 percentage points higher than its historical average of 45.3%. At the top of the bull market in October 2007, it stood at 56.8%. Other important market indicators point to the highest risk for investors since late 2007. These include:

Though the S&P 500 Index has gained 10% over the last year, including dividends, the rally has been driven by a dwindling number of stocks. Shares are down in about 200 of the companies in the S&P 500 Index, and many have entered bear market territory (defined as a 20% loss from a stock’s peak). Narrowing leadership of a rising market is a warning signal, since it shows investors clustering around a handful of companies until performance falters, triggering volatility. Apple and Amazon.com, for example, accounted for a quarter of the S&P 500’s return in 2018.

The time to protect your portfolio is now.

Even the most ardent bulls would have to concede that this is a late-cycle bull market. Investors preparing for retirement over the next few years must consider reducing their non-essential stock exposure, raise their cash levels, and introduce portfolio hedges to offset expected rising volatility. Portfolio hedges remain cheap and unwanted in a bull market that is approaching its 10-year anniversary. The time to protect your portfolio is now.

Since 1926, the average bear market in the United States has resulted in a 41% loss for stocks, according to First Trust Advisors LP and Morningstar. Considering that the current economic expansion is now the second-longest in U.S. history and the second-most profitable bull market of all time, this is an ideal moment to cut your portfolio risk, especially ahead of retirement in the next five to 10 years.

I’m not expecting another financial crisis like 2008, at least not now. The U.S. banking system is far more regulated. It’s also heavily liquid, and bank balance sheets are much less leveraged compared to how they were in late 2007. But sources of potential instability and contagion are growing. This is especially true in China, where a credit bubble continues to inflate, and also in several large emerging markets, where a currency and debt crisis has surfaced since last summer. Also, the United Kingdom has yet to navigate Brexit, and Italy’s populist government refuses to cut spending, putting more pressure on the world’s second-most indebted nation after Japan.

The way I see it, stocks and highyield bonds are risky. Consider investing in defensive portfolio hedges, instead. Hedges are securities that provide a negative correlation to stocks under most adverse market circumstances. They zig when the market zags. They should be liquid, inexpensive, and, most of all, profitable when stocks swoon.

Consider investing in the Advisor Shares Ranger Equity Bear ETF (NYSE:HDGE). Co-managers John Del Vecchio and Brad Lamensdorf have run a short-dedicated hedge fund since 2007, and they have years of experience in this skill-based discipline.

The Ranger Equity Bear ETF or HDGE, which launched in January 2011, generally gains more than the inverse of the S&P 500 Index during market declines. It also holds up well compared to its indexed peers when the market rallies. In five out of six down periods for the S&P 500 Index since 2011, the ETF beat the market’s inverse, sometimes by a wide margin.

Hedges zig when the market zags.

I anticipate the Ranger Equity Bear ETF will post the greatest profits in the next bear market or recession. That’s because it provides the strongest source of negative correlation to stocks—exactly the asset you seek to cushion from severe losses. This should not represent more than 10% of your diversified stock portfolio.

Currencies are an independent asset class, and they provide a good source of returns amid market mayhem. The Japanese yen and the Swiss franc should represent at least 10% of your foreign currency hedges. Both units are the top “safe-haven” currencies when markets collide. In the first quarter of 2018, the yen rallied 6% and the Swiss franc rose 1.6% as global equities stumbled. In the 2008 financial crisis, the yen surged 23% and the franc gained 6%.

Another very profitable segment of portfolio risk reduction lies in High Frequency Trading firms. HFTs use computers and speedy connections to exchanges to buy and sell shares in fractions of a second. It’s a controversial business, due to critics like Michael Lewis, who accused high-speed traders of exploiting ordinary investors in his 2014 book Flash Boys. Though it’s probably true that HFTs exploit the market to make quick profits, the business is incredibly profitable amid periods of high volatility. Case in point: February 5 to 9, 2018. HFTs posted gains of 35% to 55% in just four days of trading that week, as world markets plunged. Heavy trading volume and volatile markets are ideal for trading firms. The more volatility in world markets, the greater the profits.

Based in the United States, Virtu Financial (Nasdaq:VIRT) is a $3.9-billion market-cap trading company. As volatility plunged in late 2016 and hit a 25-year low in 2017, VIRT struggled as trading volumes dropped. VIRT has shed 47% since last spring, offering a great entry point for new investors. If the coming year’s markets prove to be volatile, the current price will be a steal. The stock now yields a 4.73% annualized dividend. A warning: Virtu Financial is incredibly volatile and shouldn’t represent more than 2% to 3% in your stock portfolio. 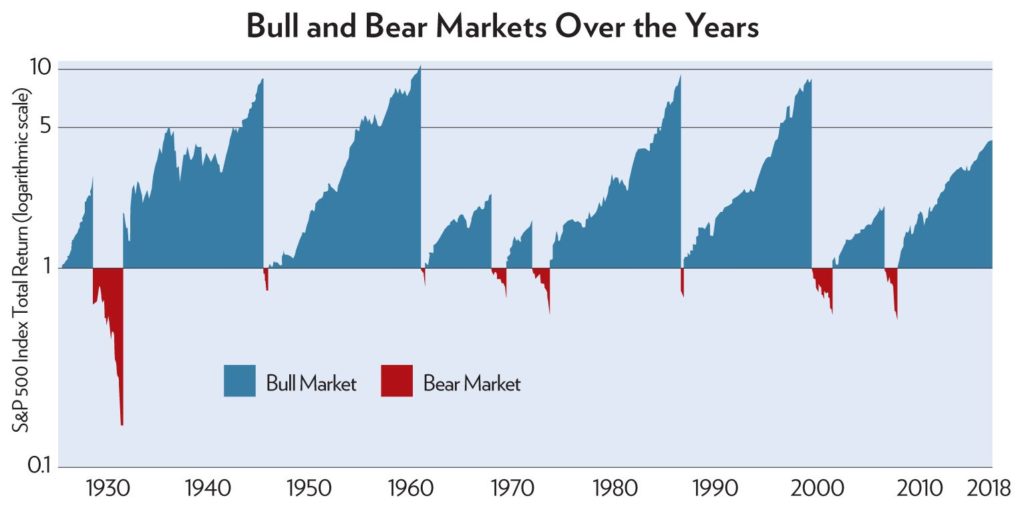 I continue to hold gold because it is outside the confines of the global credit system and remains no one else’s liability. I also think inflation will make a comeback one day, quite possibly because of growing U.S. deficits and higher interest rates required to attract Treasury investors.

UBS Asset Management mapped out four broad correlation regimes over the past 100 years. The rolling five-year correlations of the S&P 500 Index and 10-year Treasury yields were positive from 1970 to 1998, but they have been almost entirely negative since the late 1990s. Long-term Treasury debt usually plays an important role in offsetting stock-market risk. Time will tell whether this remains the case. As recession fears grow louder over the next 12 to 18 months, however, investors will look to long-term Treasury bonds.

Finally, U.S. Treasury bills now provide the highest yields since 2008. A six-month T-bill yields almost 2.4%—not too shabby for cash—as the Federal Reserve has hiked interest rates since December 2015. Cash is an important component of portfolio diversification, particularly at these high asset price levels.

Editor’s Note: Eric N. Roseman is the president and chief investment officer of ENR Asset Management, Inc. Since 1996, he’s helped U.S. citizens with estate planning, investment, tax deferral, and long-term asset diversification. You can hear him speak at International Living conferences in the U.S. and abroad, or contact him online. See: Enrassetmanagement.com.